China saddens with its GDP growth of 7.7% 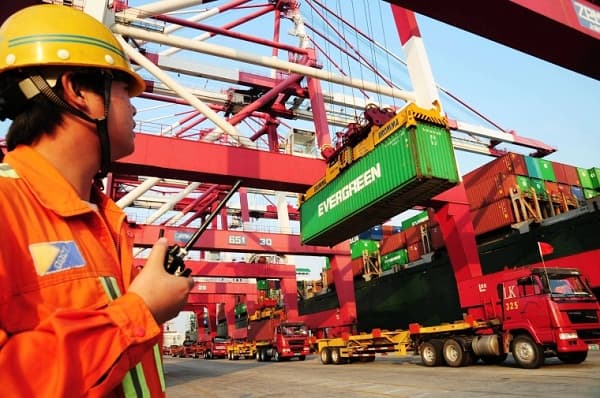 China's GDP for the Q1 disappoints

The latest data on the China’s economy saddened analysts as figures showed that GDP growth in the first quarter of the year was lower than initially anticipated. Economists ask themselves whether that means that global expansion is slowing down.

On the 15th of April, the National Bureau of Statistics released its data showing that China saw its economic growth eased back to 7.7 percent in the three-month period ended March, compared to GDP growth of 7.9 percent in the last quarter of 2012. Certainly, the pace of growth was a surprise for analysts who predicted an expansion of 8 percent in the first quarter of the year.  Indeed, the surprise was even bigger taking into consideration an increase in export growth which was noted by the world’s second economy.

Sheng Laiyun, a spokesperson for the National Bureau of Statistics, underlined that the China’s economy in the first three months of the year was firm and steady, adding that the results were satisfying compared to the pace of expansion recorded elsewhere. As it was underlined by him, the new government  had pledged to drive demand through urbanization projects and other investments as well.

Economists widely agree on the fact that industrial production was responsible for China’s GDP growth of 7.7 percent in the first quarter. The findings of the survey by the National Bureau of Statistics showed that industrial output jumped only 8.9 percent in March, compared with the same period in 2012, while analysts predicted an uptick of approximately 10 percent. Also fixed asset investment did not meet analysts’ projections of 21.3 percent growth in the period as it jumped approximately 20.9 percent.

China saw its industrial production rise around 9.5 percent in the first three months of the year, compared to a 10 percent increase recorded in the quarter ended December 2012. As for retail sales, they increased about 12.5 percent which was substantially lower than the growth rate of 14.5 percent noted in the final quarter of the previous year.

Without a doubt, the latest figures on the China’s economy raised many concerns over  not only the Asian dragon’s economic recovery, but the global recovery as well. Economists have been recently hit by many not optimistic pieces of news, including the IMF revision of the forecast for US growth and the World Bank’s cuts in outlook for China.

According to the newest projections of the World Bank, the Asian dragon would expand around 8.3 percent in 2013 as the new government will try to reorient the economy of the country. As it is underlined by analysts, the road to the economic recovery of the world’s second economy is undeniably much harder than initially expected.

The fact is that the new authorities will have a hard nut to crack while trying to restructure the China’s economy as they have pledged to make it less dependent on exports. The figures on the GDP growth in the first quarter were indeed a distressing surprise for the new government. But some analysts note that the economic growth was dragged by the global slowdown. At the same time, economists are strongly convinced that China will perform far better in the second quarter as confidence is expected to increase and the new government will start implementing its new policies.

Anna Domanska
Anna Domanska is an Industry Leaders Magazine author possessing wide-range of knowledge for Business News. She is an avid reader and writer of Business and CEO Magazines and a rigorous follower of Business Leaders.
« Standard Life says NO to executive bonus packages in BP
South Korea reveals $15bn extra budget to back slowing economy »
Leave a Comment
Close