China overtakes US in terms of trading goods. The King is dead, long live the King! 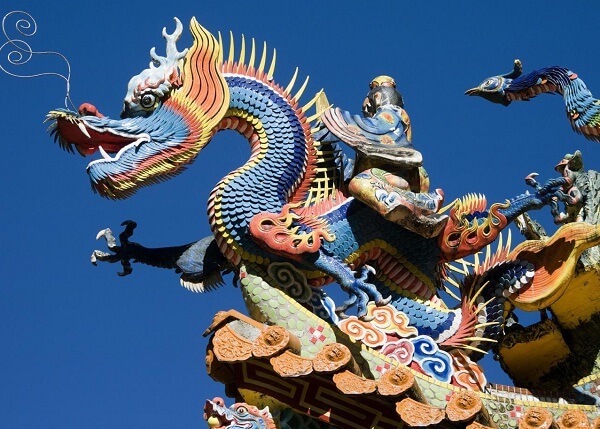 Chinese dragon wakes up... China overtakes US in terms of trading goods

Not so long time ago (relatively), a phrase “The King is dead, long live the King” was commonly used. And even these days, it can be used in case of China. According to comparative data, China overtook the United States and gained the title of the world’s largest trading nation in 2012, taking into account imports and exports.

The US’s post-war economic dominance ended, at least according to the latest figures. China dethroned the US as the world’s largest trading nation in 2012. For some, the new title is not surprising as China is said to dominate the global economy in a not very far future. But the question remains whether China is able to retain the title of the world’s largest trading nation in the next couple of years.

On the 8th of February, the US Commerce Department informed that US exports and imports of goods in 2012 reached slightly over $3.82 trillion. As for the figures for China’s trading, the General Administration of Customs noted that the Asian dragon’s total trade totaled approximately $3.87 trillion.

Some analysts are positively surprised by the fact that China overtook the US in terms of trading goods, underlining that the new title was not gained due to a significantly undervalued currency as others might imply. In fact, analysts highlight the fact the despite country’s area and population, its economy is still twice smaller than the US economy. Data showed that the US gross domestic product amounted to about $15 trillion in 2011, while China’s GDP reached only $7.3 trillion – and that is a rather big difference.

Winning the title of the world’s largest trading nation is not a first significant victory for China as back in 2009 the Chinese dragon overtook Germany and became the world’s largest exporter. However, the United States still is said to be the largest importer in the world and the country feels more or less  impregnable. According to data, the US reported about $2.28 trillion in imports, while China’s imports totaled roughly $1.82 trillion.

Still it was China which posted a larger full-year trade surplus of approximately $231.1 billion. As for the United States, the country reported a total 2012 trade deficit of roughly $727.9 billion. China’s authorities have also felt relief as they saw the country’s exports in January climb as much as 25 percent on a year-on-year basis, while imports grew approximately 29 percent in the same month.

Once Pablo Picasso said: “Action is the foundational key to all success,” and he was right. The example of China shows that action is essential to success. After long years of isolation under communist revolutionary Mao Zedong, China finally opened and began concentrating on trade and foreign investment in late 1970s. Analysts have counted that Chinese dragon’s economic growth totaled as much as 9.9 percent a year from 1978 through 2012.

Indeed, China has been growing since late 1970’s, not to mention that the Chinese dragon has become the most important bilateral trade partner for many countries across the globe. Many analysts note that by 2020 many European countries will be  more interested in trading with the Chinese dragon than in trading with their European partners and this conviction attests to the increasing power of China and the China’s upcoming dominant era. China has been waiting for a long time to get back on top as during the height of the Qing dynasty the country was considered the leading economy for the last time. But the Chinese dragon is knocking on the door.

Anna Domanska
Anna Domanska is an Industry Leaders Magazine author possessing wide-range of knowledge for Business News. She is an avid reader and writer of Business and CEO Magazines and a rigorous follower of Business Leaders.
« Cities of the Future: Dream or the Inescapable Reality?
India sees its industrial output contract by 0.6% in December »
Leave a Comment
Close

“The business is ‘spring loaded’ for a rebound when semiconductor supplies stabilize and more closely match demand.”
3 hours ago

Audi has confirmed that there will be multiple variants of the etron, including “basic versions optimized for minimum consumption and maximum range.
20 hours ago