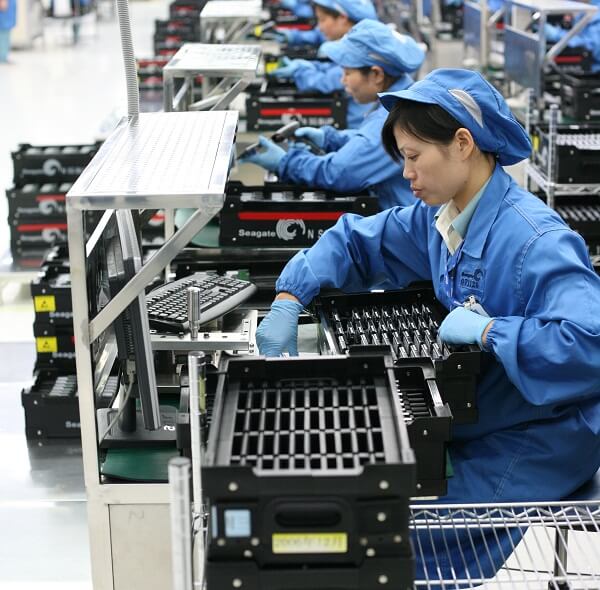 Newest preliminary data showed that China’s manufacturing rebounded moderately in March after the world’s second economy saw its factory activity slump in February due to the timing of the Lunar New Year holiday. The findings were welcomed with a relief as an increase in a key gauge might mean that the China’s economy is after all on the road of recovery. Certainly, all this will help new Premier Li Keqiang to make the China’s economy stand on its feet.

On the 21st of March, HSBC Holdings PLC issued the preliminary reading of a Purchasing Managers’ Index, showing that the key indicator climbed at the faster pace than initially estimated. Surprisingly, the findings indicated that the Flash China’s manufacturing PMI jumped to 51.7 in March, compared to the final reading of 50.4 for February. In addition, the preliminary China’s manufacturing PMI for March significantly exceeded analysts’ estimates of 50.8. But what is the most important is the fact that the reading for February was substantially above 50 indicating expansion in the sector.

However, the reading of China’s manufacturing PMI for February was so depressingly weak due to the timing of Lunar New Year holiday. In February, China saw the slowdown in manufacturing activity as some businesses decided to shut down for up to two weeks. But the newest survey by HSBC Holdings PLC and Markit Economics illustrated that the China’s manufacturing PMI for March was driven by production and new orders which significantly climbed in the month. Even though the two factors, production and new orders, increased faster than initially expected, still the key gauges were at a lower level than in January.

Hongbin Qu, HSBC’s chief economist for China, noted that newest research indicated the slow advancement, underlining that: “This implies that the Chinese economy is still on track for gradual growth recovery.” Certainly, the reading of  factory output is a crucial gauge as the conditions and strength of manufacturing in China are regarded as an excellent indicator showing the current state the economy, both domestic and global. But, what is more is the fact that everyone carefully watches the country’s manufacturing activity as the sector plays a crucial role in the domestic scene as well.

Without a doubt, the survey by HSBC Holdings PLC and Markit Economics will minimize all concerns and issues revolving around the weak results in factory output and retail sales in the first two months of 2013. The preliminary China’s manufacturing PMI for March as well as an increase in China’s foreign investment in February are a clear signal that the economy is slowly and carefully rebounding.

Analysts are convinced that China is recovering, but they concurrently underline that the pace is significantly lower than initially expected.  For example, the National Bureau of Statistics released findings showing that a January-February period was the weakest in four years (sic!). According to data released on the 9th of March, China saw retail sales climb around 12.3 percent in the two-month period – it was, without a doubt, the weakest increase since 2004.

The new government will have to face many challenges, including the pace of growth. For the last 30 years, China has grown at a staggering average of approximately 10 percent per year. However, the second world’s economy saw its growth slow down to just 7.8 percent in 2012 and this was a big surprise for many observers. Indeed, the expansion lost some of its stem, but the government hopes that it will put the economy back on the growth track. Analysts, however, bet that the new government will probably stick to policies introduced by its predecessors.

Anna Domanska
Anna Domanska is an Industry Leaders Magazine author possessing wide-range of knowledge for Business News. She is an avid reader and writer of Business and CEO Magazines and a rigorous follower of Business Leaders.
« Cyprus eyes Russia as it seeks rescue
5 Most Expensive Divorces in the Business World »
Leave a Comment
Close