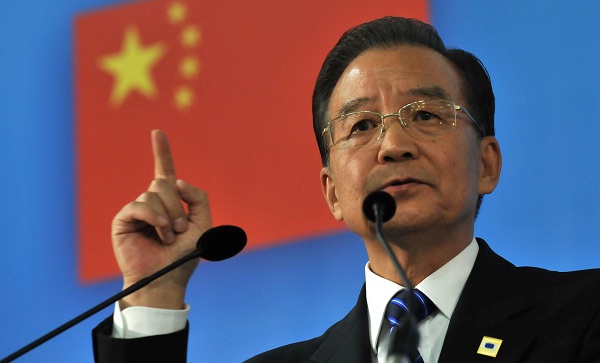 On the 5th of February, Wen Jiabao informed that the growth target for 2013 was left unchanged at 7.5 percent. While the leaders did not decide to change growth target, they modified  inflation goal establishing it at the level of 3.5 percent.  In addition, China wants to boost consumer spending as it aims to have an internal-driven economy so that it will be not so much dependent on external factors.

Certainly, the unchanged 7.5 percent growth target is not surprising for analysts. Indeed, it is much below the double-digit growth rates which we got used to. But in fact, the growth rate for 2013 is much in line with the party’s strategy and planes as the China’s leaders will try to rebalance the country’s economy.  It is clear that Chinese leaders showed their desire to build an economy which will be driven by spending at home as the meeting to finalize the leadership transition, which took place on the 5th of February, was dedicated to economic topics.

According to announcements, the budget deficit will climb by as much as 50 percent to more than $190 billion. Wen Jiabao underlined that spending increases are aimed at driving economic growth in China.

On the 5th of February, the National Development and Reform Commission also announced a target of 8 percent increase in foreign trade in 2013, compared to the 10 percent target in 2012. The latest findings showed that China saw its exports jump nearly 8 percent in 2012, while imports increased about 4.3 percent. Looking at the new goals, analysts note that new targets were much impacted by  the Communist Party’s new leaders’ pressure on sustainable growth.

China’s new leaders announced that the inflation goal was reduced to 3.5 percent as the world’s second economy wants to keep prices under control.

Leaders want the China’s economy be driven by domestic factors. As it was underlined by Premier Wen Jiabao in his last appearance at annual parliamentary session, “To expand individual consumption, we should enhance people’s ability to consume, keep their consumption expectations stable, boost their desire to consume, improve their consumption environment and make economic growth more consumption-driven.”

Indeed, the economic strategy, which was outlined by Premier Wen Jiabao, revolves around Chinese consumers. To crown it all, it seems that Chinese leaders realistically looked at the possible growth targets for 2013 as China saw its growth expanded by only 7.8 percent in 2012. But putting the China’s economy on domestic-driven growth track is not much new strategy for the country’s leaders. Undeniably, Premier Wen Jiabao has been aiming to rebalance the growth for about the decade. Export-oriented model, without a doubt,  gave China years of double-digit growth and made China the world’s second largest economy, but leaders have noticed that also the country is too much vulnerable to the ongoing economic turmoil in the world, including the European debt crisis and uncertainty in the US.

Therefore the aim is quite simple – to transform China’s economy to one which will be less dependent on exports and will be driven by domestic factors. The country is ready to change its growth model, according to Chinese leaders.