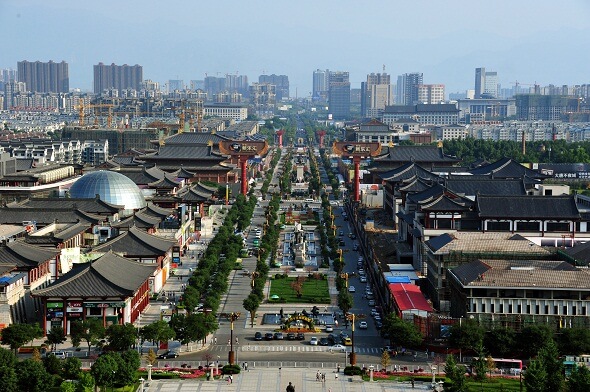 According to court orders, the polluters should pay the money into an environmental protection fund within 30 days.

It was a huge boost for environmental groups fighting pollution in China. On Tuesday Jiangsu provincial high court imposed the biggest environmental fine of $26 million on six unnamed companies for dumping 25,000 tonnes of waste chemicals into rivers, according to state media.

According to court orders, the polluters should pay the money into an environmental protection fund within 30 days. In August, several officials of the companies had been sentenced to prison by another court in a criminal ruling for causing environmental pollution.

“This case sets important precedents for environmental governance in China,” said Ma Tianjie, Greenpeace East Asia’s programme director for mainland China. “First, ‘polluters pay’ is no longer just a principle written on paper; and second, that NGOs can bring lawsuits on behalf of the public interest.”

China’s rapid economic growth with little environmental oversight has caused widespread environmental damage to China’s air, soil and water. The country is facing tremendous international pressure to clean up its environment and a growing number of local protests concerning pollution. The government says that around 70 percent of China’s lakes and rivers are polluted.

According to an earlier report, the previous heaviest fine for polluting the environment was a penalty of 37.14 million yuan imposed to three defendants in the Shandong province, also for polluting rivers. Even though low by international standards, the monetary award was the highest imposed in response to a lawsuit filed on behalf of the Chinese public, legal experts said.

In developed economies such as the US, the public interest litigation has proved to be very strong force for environmental change where such lawsuits have changed the way companies look at the costs of pollution.

The ruling would “play a role to deter factories and companies from polluting”, said Wang Canfa, founder of the China Centre for Legal Assistance to Pollution Victims who welcomed the ruling. “It proves the determination of the government to overturn the situation where the cost to companies of polluting the environment is so low that they do not need to worry about the consequences.”

The record fine is a sign that the government is finally geared up to get tough on polluters. It has come on the eve of another potentially significant environmental development in China. A tougher environmental law, which is due to come into force on January 1 will allow more punishing fines for polluters, removing what many consider a huge block to cleaning up the nation’s poisoned air, water and soil.