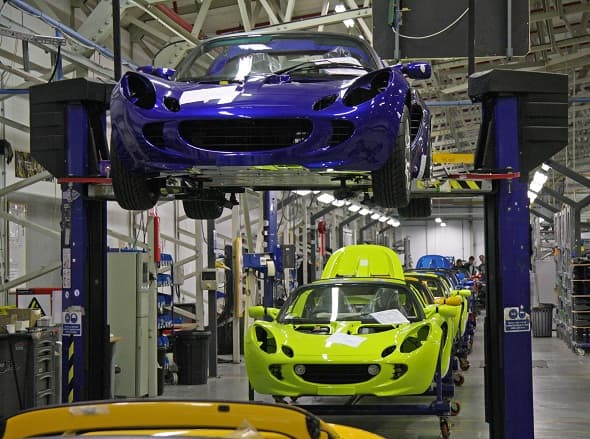 Antitrust investigations already announced in the auto and telecommunications sectors have spread to different sectors including pharmaceuticals, technology and cement

According to the state media, more than 1,000 companies in China’s auto sector, both domestic and overseas companies, including manufacturers, suppliers and dealers are involved in anti-monopoly probes by the government.

Antitrust investigations already announced in the auto and telecommunications sectors have spread to different sectors including pharmaceuticals, technology, cement and a large number of other companies raising fears that overseas companies are being targeted unfairly.

Auto firms are the latest to be investigated. Last week the NDRC pledged to sanction US manufacturer General Motors, German brand Audi, owned by Volkswagen, and Chrysler of the US, now part of Italy’s Fiat group, without disclosing what penalties they would receive.

The report said the fine is equal to 1 per cent of the company’s sales in 2013, which is the minimum level as the Anti-Monopoly Law states that rule breakers can be fined anywhere between 1 and 10 per cent of their sales revenue for the previous year. According to an unnamed Audi dealer FAW-Volkswagen’s Audi division may be levied a fine of 1.8 billion yuan (S$366 million) for operating a monopoly.

A NDRC official, who declined to be named said probes into state-owned private enterprises are also in progress and a monopoly case comprising a state-owned company, not in the auto sector will be disclosed soon.

In the first half of this year, domestic-brand automakers accounted for less than 20 per cent of China’s auto sales, the China Association of Automobile Manufacturers says.

China’s Ministry of Commerce on Saturday issued a statement emphasising that anti-monopoly investigations were meant to encourage fair competition and safeguard consumer rights and the Chinese government intends to establish an environment in which companies can compete on an equal footing.

The NDRC official said that the six-year-old Anti-Monopoly Law does not discriminate between foreign and domestic companies. He said such investigations were also common practice internationally.

“Looking back at the past six years after the Anti-Monopoly Law took effect, both domestic and foreign firms have been probed according to the law,” he said in a statement.

There has been no clarity on how many of these companies were Chinese or foreign, and how many were suspected of breaking the law.

The National Development and Reform Commission (NDRC) is China’s top economic planning agency and one of three regulatory bodies responsible for monitoring anti-consumer activity in the country’s Anti-Monopoly Law.