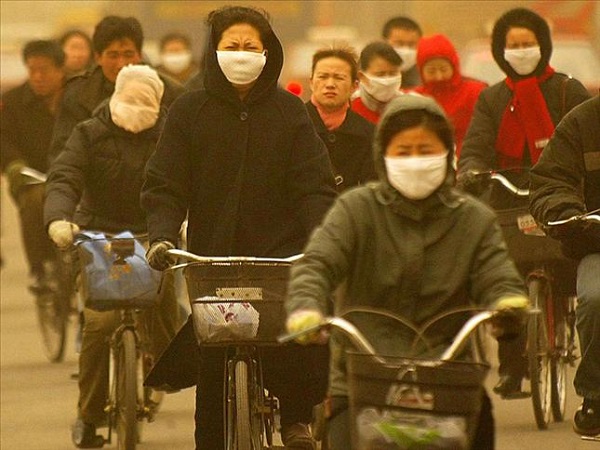 Beijing- China’s Council has set new rules to curb air pollution one of the many environmental hazards that are plaguing the country. The council has promised to preserve the resources vowing “tough measures for tough tasks”

In a meeting   the State Council adopted 10 new measures demonstrating to not only resolve but also promote ecological progress as a task of vital significance for the people’s welfare and the country’s economic future.

These include speeding up the installation of pollution control equipment on coal fuelled refineries, restraining the growth of high energy consuming industries such as steel, cement, aluminium and glass, to control air borne particles that are smaller than 2.5 microns which are deemed a risk to health and to reduce pollution emissions per unit of GDP by at least 30 percent in heavy polluting industries by the end of 2017.

Back in 2007, statistics done by the World Bank found that in China around 750,000 people lost their lives every year because of pollution. A study done by the Lancet, a British medical journal, titled “2010’s Global Burden of Disease Study”, found that around 1.2 million people died prematurely in china due to air pollution.

There has been growing dissatisfaction among people with air, water and soil pollution, a key trigger of rising social discontent in China. People are waiting to see what shape these efforts to reform will take.

Coal fuelled power plants is a major source of air pollution all over China. The tiny particulate matter from the vehicle emissions known as PM2.5 garnered a lot of interest in the media when PM2.5, which can enter deep into the lungs, went beyond 700 micrograms per cubic meter. The World Health Organisation considers 25 micrograms a safe level.

A Deutsche Bank report on air pollution released last in China called for certain policy changes to reduce the urban PM2.5 to a level of 30 by 2030.It said China should find ways to realize an eco-friendly  and sustainable growth by increasing investment in cleaner energies- gas, nuclear, hydroelectric wind & solar and in subways and railways.

The new measures call for greater co-operation among cities and provinces. The local governments should shoulder the responsibilities and also prepare emergency response plans for heavy pollution, including traffic restrictions and limits on local industries. In addition heavy fines will be laid for polluters and stringent requirements for environmental impact statements. The government will also reinforce its efforts in collecting pollutant discharge and will offer more credit support to projects that will reduce air pollution. It also promised to help China‘s troubled solar industry during its “production and operating difficulties” despite problems with overcapacity and ongoing trade disputes with the US and Europe.

China’s biggest environmental issues are linked to its fast but comprehensive economic expansion. These issues need extensive efforts from all the sectors mainly from the local governments. Their active participation is crucial for implementing the policies and supervising enterprises.

Anna Domanska
Anna Domanska is an Industry Leaders Magazine author possessing wide-range of knowledge for Business News. She is an avid reader and writer of Business and CEO Magazines and a rigorous follower of Business Leaders.
« Solar-powerd Plane flies cross country making a stop in Washington.
China’s Urbanisation Drive: To Move 250 Million into Cities »
Leave a Comment
Close