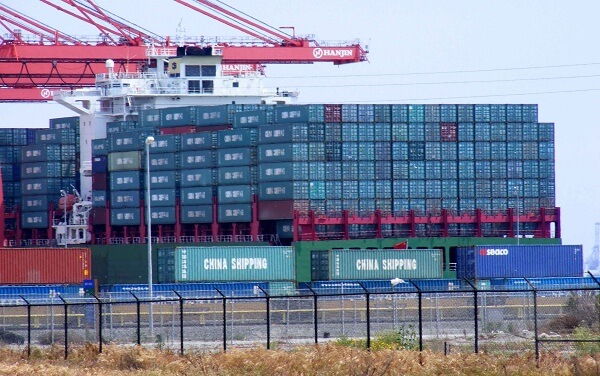 Official data showed that China enjoyed strong exports in February, highlighting signs that the economy was deliberately rebounding. Yet, China’s imports were weak, missing analysts’ expectations. The surprisingly good results of China’s exports were driven by improving global demand.  In addition, data on China’s exports was higher-than-expected, leaving some analysts baffled as they had estimated that the economy would see a trade deficit due to the timing of Lunar New Year holiday.

According to official data released on the 8th of March, China saw its overseas shipments climb as much as 21.8 percent from a year earlier, exceeding analysts’ estimates of an 8 percent increase. The results are surprising as there were fewer working days in February 2012 than a year ago due to the holiday. However, China’s imports slumped approximately 15.2 percent on a year-on-year basis in February, compared to a jump of 28.8 percent in January.

To crown it all, China noted a trade surplus of  nearly $15.3 billion. Overall, the trade balance was, however, surprisingly high as analysts estimated a deficit of about $ 6.9 billion. China has been experienced by decreasing demand for its products as key trade partners, including the United States and the European Union, have been experiencing economic slowdowns and challenges.

Analysts note that even February’s figures might be distorted by the timing of the Lunar New Year holiday; therefore they look at combined exports and imports as they believe that these figures might be more precise. Accordingly, China saw its combined exports for January and February jump as much as 23.6 percent from a year earlier. Data showed that the world’s second economy witnessed a 6.8 percent increase in China’s exports in the same two-month period in 2012. As for China’s imports, they surged around 5 percent in January and February 2013, while the country saw a 7.9 percent increase in its imports in the same period a year ago.

Experts agree that China’s exports in January and February were strong, showing that the country’s economy is rebounding from an economic slowdown. However, analysts are not convinced whether the weaker imports results were driven by decreasing demand and by the prices.

While recent figures give hope that the China’s economy is recovering, still this rebound seems to be rather fragile as the Asian Dragon missed its own 10 percent growth target due to economic problems experienced by its main partners, including the European Union. The fragility of the recovery is even questioned by weak results in China’s imports which lead to the matter of domestic demand.

The new political administration, which is to take the power  at the National People’s Congress,  has already ensured that it will aim to sustain an economic recovery of the Asian giant.  On the 5th of March, outgoing Premier Wen Jiabao stated:  “To expand individual consumption, we should enhance people’s ability to consume, keep their consumption expectations stable, boost their desire to consume, improve their consumption environment and make economic growth more consumption-driven.”

But the fact is that China is still much dependent on exports. According to analysts, China will see its exports improve in 2013 due to global economic rebound.

Anna Domanska
Anna Domanska is an Industry Leaders Magazine author possessing wide-range of knowledge for Business News. She is an avid reader and writer of Business and CEO Magazines and a rigorous follower of Business Leaders.
« Adidas Swings to Q4 Loss
Leadership Traits All Leaders Have in Common »
Leave a Comment
Close