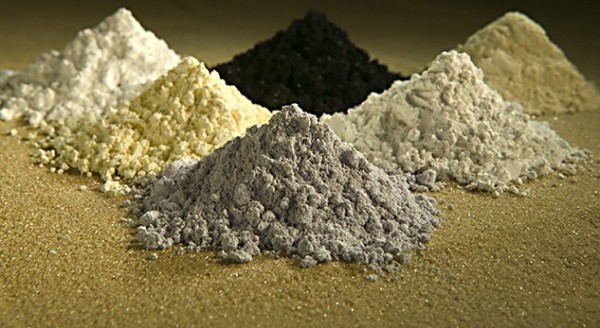 China’s state media warned on Tuesday that U.S. plans to file a complaint at the World Trade Organization over Chinese limits on exports of rare earths used in high-tech products, deepening a trade dispute between the world’s two largest economies.

China’s state-run Xinhua news agency on Tuesday said in a commentary that Beijing will defend the nation’s rare-earth industry, which involves the mining and processing of key minerals used in everything from consumer gadgets to electric cars to defense systems.

The move adds to the pressure that U.S. is strutting on China in an election year, with the government calling for efforts to balance the trade deficit it has with the Asian nation and allow the Chinese currency to appreciate. China produces at least 90 percent of the world’s rare earths, used in Boeing Co. (BA) helicopter blades and Toyota Motor Corp. hybrid cars, and has curtailed output and exports since 2009 to conserve mining resources and protect the environment.

It seems rash and unfair for the U.S. to file a complaint against China before the WTO, which may hurt economic relations between the world’s largest and second-largest economies. This makes it obvious that China won’t hesitate to defend its legal rights in trade disputes.

Xinhua said, “Past experiences have shown that policymakers in Washington should treat such issues with more prudence, because maintaining sound China-U.S. trade relations is in the fundamental interests of both sides.”

Liu Weimin, Chinese Foreign Ministry spokesman said, “China’s policy regarding rare earths fulfills the WTO rules, and accusations that it monopolizes the trade are groundless. The fact that China has about a third of the world’s rare-earth resources and produces about 90 percent of supply isn’t sustainable given the environmental damage that results from mining the metals”.

He also said that despite such huge environmental pressure China has been taking measures to maintain rare earth exports. China will continue to supply rare earths to the international market.

The administration has filed five WTO complaints against China since taking office three years ago, compared with seven George W. Bush filed from 2001, when China joined the Geneva- based trade arbiter through the end of his term in early 2009.

WTO judges on Jan. 30 rejected China’s appeal of a ruling that found limitations on exports of nine raw materials including bauxite, coke and zinc break global rules and give the country’s manufacturers an unfair edge over competitors.

Many of the key rare earths closely watched from the industry have declined in price in recent months, though they remain high by historical standards. The rare-earths price surge that began three years ago has fueled efforts by companies to reduce their use in manufacturing and to find additional source. Pricing in the industry can be opaque because rare earths are mined in such small quantities and they aren’t traded over public markets.