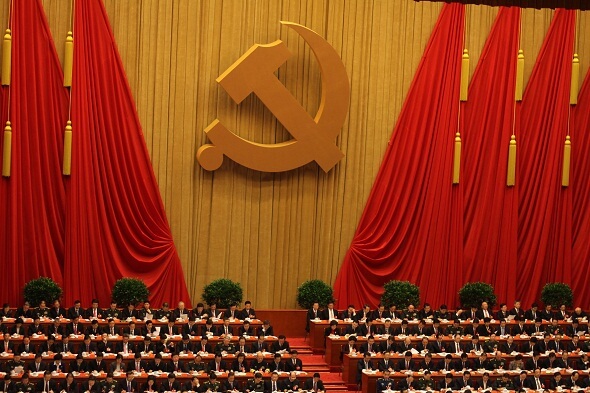 Besides that, several other virtual private networks such as Strong VPN and Astril are going through huge disturbances since last few months. These disruptions make it almost impossible for the users to access their Gmail accounts from any other way. As per the government of China, the main reason behind all this is to force all cyber services to follow the rules and regulation of Chinese government.

In spite of blockade of several popular VPN services, it has been found that VPN allows Chinese and foreigners to circumvent the Great Firewall. Thanks to the recently launched partnership with the organization Greatfire and a DW app. VPN users are able to access blocked websites, Gmail and even Netflix for around $10 per month.

In China, virtual private network (VPN) services allowed users to access censored and blocked content on the web. These private channels are extremely popular among the fast-growing number of average Chinese, especially those among the younger generations whose members are keen to stay connected with the rest of the world freely.

Even though large firms with proprietary VPNs are better protected, but more international companies are reporting that Internet censorship is making it very hard for them to carry out a smooth business.

According to a survey conducted in 2014 by the American Chamber of Commerce in China, 56% of the American firms conducting business in China said that Chinese Internet restrictions was having a negative impact on their ability to conduct business.
However, with help of Psiphon, a software system developed for smartphones and Windows computers internet users in China can still bypass the Great Chinese Firewall and access Deutsche Welle content in the future. Internet users will be required to send a blank email to dw-w@psiphon3.com, and they will receive a response containing the link for downloading the software, along with complete installation instructions.

“Particularly in China and in other countries with severely restricted access to information from outside sources, many people value our balanced reporting and differentiated approach,” says DW Director General Peter Limbourg. “That’s why we will continue to do our utmost to make access to DW online content possible, also in China.”

The installation of the app on a PC or a laptop is easy, even for laypersons.”With only minimally more effort, you can install the Android app on your smartphone. Once that is done, browsers and all other apps can freely access the Internet,” says Guido Baumhauer, DW’s Managing Director of Distribution, Marketing and Technology. “Unfortunately this kind of app is not available for iPhones or iPads, as Apple does not allow certain functions in its apps.”

Since last two years, DW has been collaborating with the Canadian firm Psiphon to actively circumvent censorship, making it possible for users seeking information, even in China and Iran, to access the otherwise blocked DW online material.

Anna Domanska
Anna Domanska is an Industry Leaders Magazine author possessing wide-range of knowledge for Business News. She is an avid reader and writer of Business and CEO Magazines and a rigorous follower of Business Leaders.
« TracFone to pay $40 million for misleading consumers about ‘unlimited’ data plans
Google Earth Pro now available free for all users »
Leave a Comment
Close