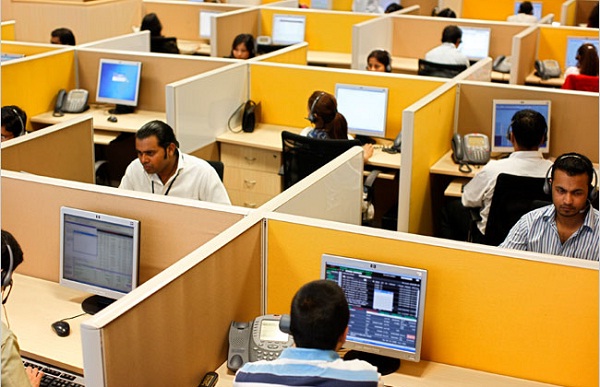 China and India witnessed drops in services PMI for April

Two fast growing economies, China and India, saw their services PMI slump significantly in April. Certainly, it is not good news as indeed these two countries with other Asian nations have been driving the growth of the global economy – nothing to sneeze at. The findings by HSBC Holdings show, however, that India and China will face more challenges on their growth road.

On the 6th of May, HSBC Holding Plc issued its survey on the China’s services PMI, showing that it slumped drastically to 51.1 in April, compared to the final reading of 54.3 in March. Shockingly, the expansion rate of new orders was the slowest in almost two years. The findings released by the official Chinese agency indicated that non-manufacturing activity dropped to 54.5 from 55.

The latest data adds to not optimistic pieces of information on the China’s manufacturing PMI for April which showed that the world’ second economy witnessed a slowdown in its factory output, raising concerns that the recovery of the Asian Dragon would be weaker than initially estimated.  Undeniably, the data on services PMI strengthens the aforementioned concerns, concurrently indicating that the service sector also suffered from the unstable economic conditions.

Analysts note that all of the recent figures point out that China will see its economy slow down to 7.5 percent in the second quarter of the year, still we should underline this growth will be much higher than rates of growth expected to be recorded in the West . What is important is the fact that analysts pay much attention to the China’s services sector as it generated slightly more than 45 percent of the country’s GDP in 2012. Therefore the services sector is as important as a manufacturing one when it comes to growth of the world’s second economy.

The visible slowdown in the services sector is natural, taking into account the government’s announcement of introducing property tightening measures and increasing concerns over the bird flu which has already had a negative impact on several companies, including Yum Brands Inc.

India witnessed not encouraging data on its services PMI as HSBC Holding Plc also on the 6th of May released its findings regarding this sector in the Asia’s third economy.  According to the findings, the India’s services PMI dropped significantly to 50.7 in April from the March’s final reading of 51.4, nearing the sector to the delicate, conventional line of 50.

Certainly, India is in a worse position than China as services account for as much as 60 percent of the country’s gross domestic product, compared to around 45 in the world’s second economy. What’s more, the findings show the gloomy conditions of the India’s economy.

The services sector, without a doubt, suffered from not only substantial increases in raw materials prices as also labor costs also significantly climbed, thereby making companies more careful when it came to expansion plans, including employing new workers.  But the fact is that the India’s services sector was also hit by situation in the crisis-hit European Union.

Still drivers of the global economy

Indeed, India and China saw their services drop significantly and without a doubt it is not good news for both economies. Yet the fact is that these not optimistic findings were driven by such factors as the European debt crisis, the bird flu, increases in labor costs and others.

Even though these countries have witnessed the slowdown, it does not change the fact that China and India are becoming more and more important players on the global scene. We should keep in mind that the global economic recovery will be undeniably driven by the economies of the region.