Chief of BBC Quits over Failures Regarding Shoddy Journalism 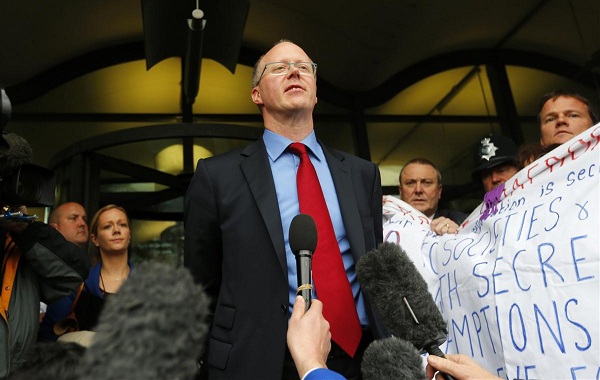 The director general, George Entwistle resigned from BBC within two months of commencing his job, after the broadcaster that is funded by the state had put out a programme that was marked by the chairman as nothing but shoddy journalism in BBC.

BBC that was already reeling from shocking revelations of the fact that one of its previously star presenters was a pedophile, has befallen even greater problems upon themselves when one of their flagship news programmes, named Newsnight aired a false allegation on a senior politician of sexually abusing children. Even though the broadcaster had issued a complete apology on Friday, Entwistle had to accept the fact on Saturday that he was unaware about the report of the Newsnight in advance, under the questioning of some its own journalists. It was on the later part of Saturday that George Entwistle resigned from BBC. The shoddy journalism in BBC regarding the Newsnight film has certainly damaged the reputation and the confidence of the public on the 90 years of service that BBC has provided. The BBC Chief quits considering himself responsible for the terrible mishap that has hurt BBC badly.

Entwistle as the chief:

George Entwistle had taken over as the chief of the BBC only two months back from Mark Thompson who was set to take charge of the New York Times Co in the month of September. As soon as he took up the top spot of BBC, it was faced by one of the biggest problems in its history that was funded by a fee of annual license that was levied on almost all the viewers of television. Then there was the news on the rival broadcaster ITV that Late Jimmy Savile who was among the well recognized personalities on the British Television for nearly three decades sexually abused some young girls even on the premises of BBC. And now the shoddy journalism in BBC because of which the BBC Chief quits from his post has hurt the renowned news agency very badly.

The mistake that led to the befalling:

The instance of shoddy journalism in BBC that mistakenly brought about allegations on a former politician who was later identified as a close ally of Margaret Thatcher of sexually abusing children was the reason that George Entwistle resigned from BBC. The BBC Chief quits from his position after being questioned by his own journalists and accepts the fact that he had no knowledge of the Newsnight report. Many lawmakers feel that the fact that George Entwistle resigned from BBC was a right decision owing to the events that turned out recently. Now the public trust and the credibility of a national institution like BBC need to be restored as soon as possible. Now that the BBC Chief quits his post, it is important for the news agency to put its systems in order and ensure first class current affairs and news programs in the near future. This crisis has brought about a big damage to the institution and the stepping down of Entwistle will not mark the end of the matter.