Chevron rather optimistic about its Australia’s LNG projects 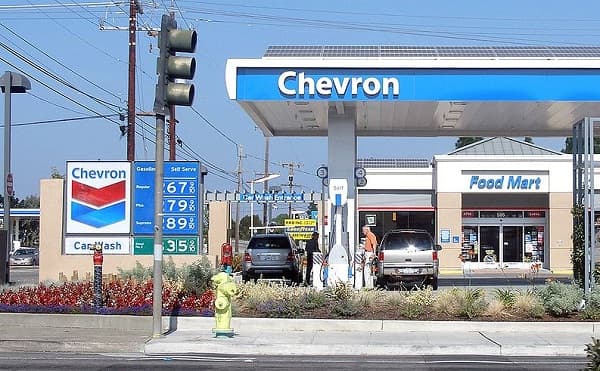 Chevron Corp., the US’s second largest oil company, stays rather optimistic on its LNG projects located in Australia as the Gorgon LNG development is in 60 percent finished. The two projects, Gorgon and Wheatstone, poured as much as $30 billion to the local economy, not to mention that they added thousands of job positions. While the projects are smoothly progressing, the oil giant informed that it was negotiating some contracts as it aimed to sell more LNG from the Gorgon project.

Not only is Chevron Corp. ready to launch its engineering and design phases at the Gorgon development, but the company is these days negotiating the potential expansion of its Wheatstone LNG Plant with potential trading partners. On the 28th of May, Roy Krzywosinski, managing director at Chevron Australia and head of the Australasia Strategic Business Unit, underlined that the company was set to make the most of climbing demand for LNG, using its Wheatstone and Gorgon plants. The company is indeed ready to expand its operations at the two LNG developments located in the Western Australia despite the fact that both of them are not complete.

The Gorgon plant, which is designed to have a capacity of slightly over 15.5 million tons of LNG per yes, is expected to deliver its first load in 2015. The planned expansion will boost the plant’s capacity by around 5.2 million tons a year as Chevron Corp. wants to take advantage of sharply rising demand for LNG from particularly Asian countries. Concurrently, the US oil company is carefully observing the market as it remembers that it saw the cost of the Gorgon project climb more than 20 percent to around A$52 billion in December 2012 because of  the  strength of the Australian dollar and substantial increases in operating costs, not to mention productivity issues.

In contrast, the company underlines that is quite certain that the Wheatstone LNG project will be completed as initially expected,  adding that the costs are in line with the budget. According to plans, the first shipment is to take place in 2016. It is worth underlining that the company might increase the capacity to 25 million tons from nearly 9 million tons as it has required approvals to implement its expansion plans.

Certainly, the estimates, which show that the global demand for LNG will surge substantially by 2025, have had a soothing impact on Chevron Corp. Therefore it is not surprising that the US oil giant has as many as 600 contracts with local businesses as it simply believes in the success of the developments. Roy Krzywosinski noted that the Gorgon project would bring local companies as much as $20 billion, while the Wheatstone development would give local firms an injection of approximately $10 billion. Interestingly, both the Gorgon and Wheatstone LNG developments are joint ventures and apart from Chevron Corp., other companies are involved, including Royal Dutch Shell Plc.

According to estimates, the Gorgon and Wheatstone projects added 14,000 jobs as the regions saw the creation of 10,000 posts and 4,000  positions respectively.

On the 28th of May, Roy Krzywosinski highlighted that the Chevron Corp.’s investment plans might be modified due to strength of the Australia’s currency and rising costs, adding: “Nothing is a slam dunk… the issue of cost structure is a significant issue, especially if you have an international portfolio of competing priorities.” However, as of yet, the US oil giant will continue with its investments.