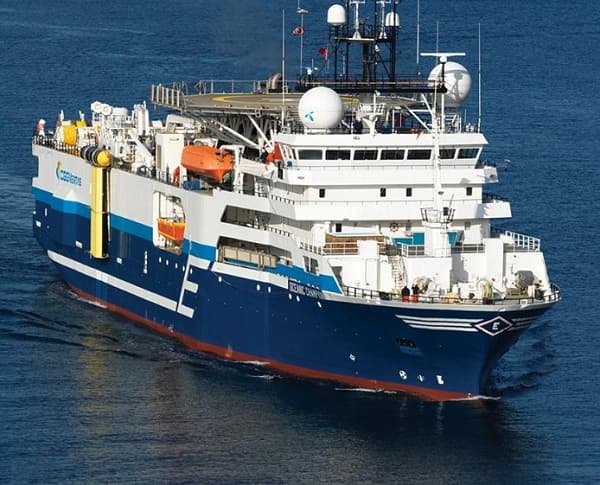 CGGVeritas has informed that it plans to acquire the seismic data unit of Fugro, the Dutch engineering company, for roughly $1.6 billion in cash to benefit from a forecast recovery in survey rates.

CGGVeritas said that it had entered the agreement with Fugro to buy its Geoscience Division, which is nothing else than the seismic data unit, excluding Multi-Client Library as well as nodes businesses. The transaction is worth approximately $1.6 billion and it will be paid in cash. CGGVeritas, a France-based company, informed that it would fund the purchase through one third rights offering and two thirds bank debt and Seabed JV share proceeds while attempting to maintain its credit rating. The company’s debt will be financed by a bridge loan.

The agreement regarding the acquisition of Fugro’s seismic data unit also includes strategic partnerships. According to the contract, the Seabed Joint-Venture will be created. Fugro will get 60 percent stake in the joint venture after a payment of 225 million euros to CGGVeritas. The Seabed Joint-Venture is expected to report approximately 400 million of revenues in its first year of operations, as it has been stated in analysts’ estimates.

The CGGVeritas’ presentation, which was showed to investors on 24th of September, expects that the combined venture will report pro forma revenues of $4.2 billion and earnings before interest, tax, depreciation and amortization of roughly $1.0 billion as the purchase should add to earnings.

According to the contract, approximately 2500 workers will join CGGVeritas from Fugro and around 230 employees will join the Seabed Joint Venture from CGGVeritas. Furthermore both companies have agreed to honor existing labor rights as well as agreements.

In addition, there is also a commercial agreement for the French company to sell Multi-Client data, which remains owned by Fugro. Companies also signed a global strategic technical and commercial mutual preferred supplier agreement.

Jean-Georges Malcor, Chief Executive Officer at CGGVeritas, has noted that the acquisition “perfectly fits our strategy, significantly increasing our integrated geology and geophysics, reservoir characterization and development capabilities, along with strengthening our core equipment and acquisition offer in particular with immediate access in marine to high end vessels at a time of market recovery.”

The acquisition of Fugro’s seismic data unit is expected to position CGGVeritas as fully integrated Geoscience company which will have a leading position in the growing integrated geology and geophysics and reservoir industry and market. CGGVeritas is convinced that the decision to buy Fugro’s Geoscience Division will expand the company’s access to oil and gas sites in Australia and Western Europe as the division uses ships to locate areas of natural resources. Company’s officials believe that the global seismic survey business will improve as oil companies spend more on offshore exploration.

The deal certainly will boost CGGVeritas’ capabilities in both integrated geology and geophysics. CGGVeritas’ core equipment and acquisition offer will also be strengthened by the deal.  Moreover, according to the contract, CGGVeritas and Fugro agreed to create partnership allowing them to bolster their positions in the exploration market as well.