What a time to be alive!

Cereal Killer Café in London is home to over 50 types of cereal. And now, it has opened stores in Dubai, Kuwait, and Qatar.

The colorful, nostalgic eatery is the brainchild of two identical twins from Belfast, Alan and Gary Keery, who have sold over one million bowls. The store is a visual representation of the kinds of breakfast cereal they serve – analog TVs playing VHS cartoons, walls laden with toys, and rare cereal boxes. 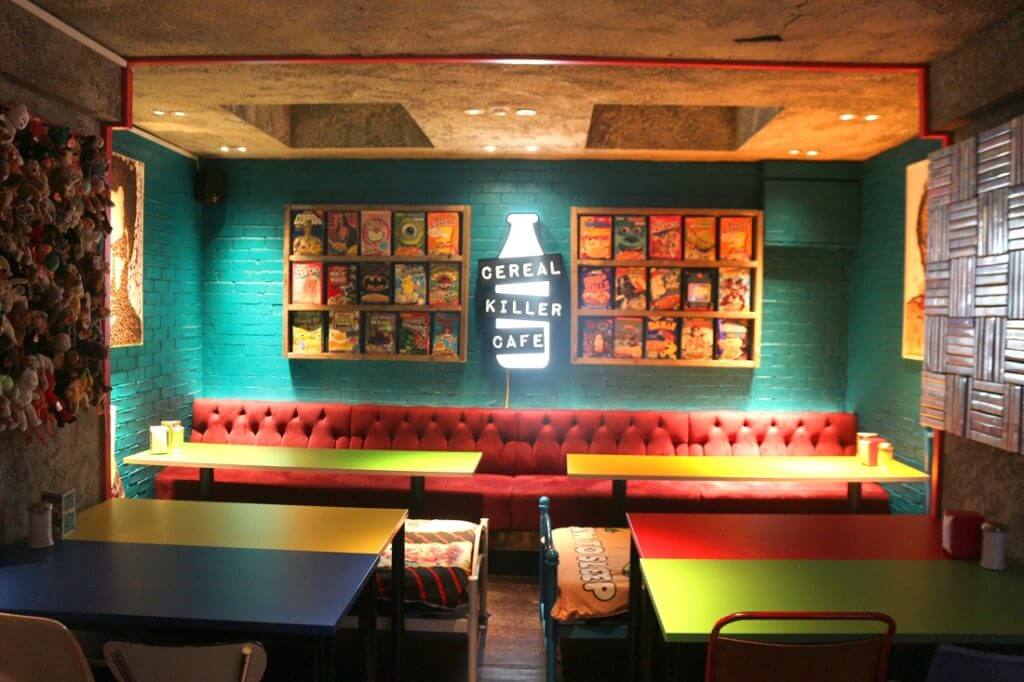 Cereal Killer Café is the world’s first cereal-themed café situated in Shoreditch, London and has now opened in Dubai, Kuwait, and Qatar.

You can choose from over a variety of Pop-Tarts that include Very Cherry, Blueberry Unfrosted, Confetti Cupcake and Red Velvet. It also offers cereal cocktails that mash up the most unique cereals with milk and toppings!

Over summer this year, Cereal Killer introduced a savory menu and alcoholic beverages to its ever-growing menu of novelty foods.

It recently launched its own brand of cereals which includes names such as Unicorn Poop and Salty Balls.

Back in October 2015, the brothers received death threats from an angry mob who made it clear that the vibrant establishment home to colorful cereal boxes is everything that is wrong with capitalism and gentrification. Locals came to show support when it was covered in graffiti drawn the mob.

Anna Domanska
Anna Domanska is an Industry Leaders Magazine author possessing wide-range of knowledge for Business News. She is an avid reader and writer of Business and CEO Magazines and a rigorous follower of Business Leaders.
« Only 1% of the World’s Vanilla is Organic
The Green Revolution That Saved Over 1 Billion People from Starvation »
Leave a Comment
Close