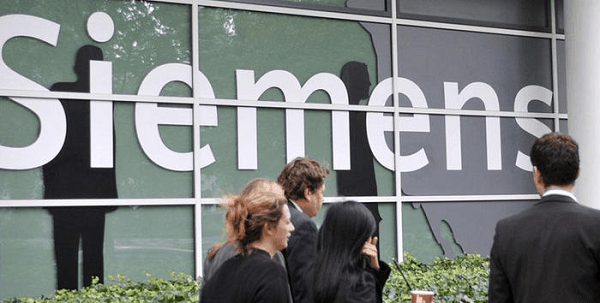 Germany-based Siemens AG may be looking forward to closing its offices and cutting of jobs owing to the recent fall in Siemens profits as reports released stated on the 11th of October. The steps of Siemens office closures and job cuts come mainly as a result of the fact that its customers are barring from putting orders for engineering equipment from them owing to the economic crisis in Europe.

The Latest Condition of Siemens:

Peter Loescher, the chief executive of Siemens made a strategy for the boosting of their growth by means of infrastructure and energy saving products that did not prove to be very fruitful. Analysts are thereby expecting him to provide his managers a plan in savings that amounted to as much as 4 billion euros, or 5.2 billion dollars. The economy of Germany, which is the largest in Europe, has been quite resilient to the crisis in the eurozone driving growth by means of its exports from some of the most successful industrial companies. But a fall in Siemens profits in the third quarter, that was already speculated, showed that eurozone crisis is also hurting demand for the German goods. Incidentally Siemens is the biggest company in the eurozone on the basis of its capital in the market apart from being a major employer as well.

According to the reports that were released on the 11th of October, Siemens CEO may cut jobs and close some of its offices as a result of this apparent fall in Siemens profits. According to Michael Hagmann, an analyst with HSBC, the situation has opened up about an obvious gap between the company and some of its competitors. Since the Siemens CEO may cut jobs some of his managers are in the risk of losing their jobs in due course of actions. The CEO is expected to talk to his managers about Siemens office closures and saving nearly 2 billion to 4 billion euros at Berlin very soon. He is looking forward to tackle the gap between some of its businesses that lead the market and some of its less effective units in order to stem the fall in Siemens profits. Siemens office closures are being planned in some 190 countries where they operate so that they can focus more on the ones that bring more profits.

The Company and its Status:

In the savings plans the details of which are posed to be released in November with the release of the financial results of the company, the Siemens CEO may cut jobs of thousands of his employees. Loescher became the CEO of the company when it was hurt badly by some bribery scandals and has to shed some of its assets so as to invest in the growth areas. It was only last year that it was announced that the annual sales of the company would reach to about 100 billion euros within a span of a few years from a count of 76 billion that was reached in the year 2010. But the growth was not able to be at par with investment since the global economy took long to recover.