Celgene thinks over the bid for Human Genome Sciences 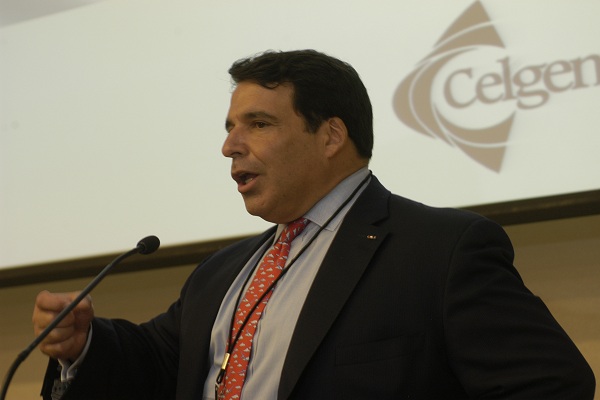 According to a popular business magazine, Celgene Corp is considering the idea of bidding for Human Genome Sciences Inc. This is an alternative to the hostile offer that was made by GlaxoSmithKline Plc, a drug maker from Britain.

The bid of Glaxo for Human Genome:

Since it is Glaxo that reaps almost 50% of the profits coming from the drug Benlysta, conventional wisdom of the investors suggest that it was highly unlikely for Human Genome to find another bidder. The rights to the lupus drug named Benlysta are shared between Glaxo and Human Genome. Glaxo had made a bid for the shares of Human Genome at 13 dollars (or 8.39 pounds) for each share, amounting to 2.6 billion dollars. But Human Genome had till now refused the offer depicting it as very low. According to the prediction of the analysts of Wall Street as surveyed in the month of May by Reuters, the bid from Glaxo had to be increased to a minimum of about 15 dollars each share in order to succeed.

The other two bidders:

There are two companies apart from Glaxo that are in the process of discussion to make a bid for Human Genome according to reports from sources who are familiar with the situation. Among them Celgene is at a preferable position if it at all makes a bid. As per the source who talked on condition of anonymity stated that it would be more or less a merger of equals situation even though he did not quite identify the other bidder. It is on the 16th of July that the bid is supposed to end. On the one hand where representatives from Human Genome were not available for a comment, a spokesman from Celgene refused to make any comments on their activities related to acquisition.

Celgene is one of the best companies related to biotechnology all over the world and is based at Summit in New Jersey. It is the manufacturer of drugs like Vidaza and Revlimid that are used for the treatment of blood cancer. Celgene is also in the process of developing a long line of drugs that can be used for treating autoimmune conditions like lupus and rheumatoid arthritis. Among them lupus is a dangerous disease in which the body of the patient is attacked by his own immune system. Celgene has since a long time been one of the most reliable growth stocks of the biotechnology market with a value of about 29 billion dollars.

It was only last year the both Glaxo and Human Genome had won their approval for the drug Benlysta. This drug is the first source of treatment for the disease lupus in the last fifty years. But the launch of the drug proved quite disappointing as a result of which the share rates of Human Genome fell highly from a $25 to $6.51 in the month of December. Few months after that Glaxo made their bid for Human Genome that prompted them to coordinate an auction taking the help of Goldman Sachs and Credit Suisse.