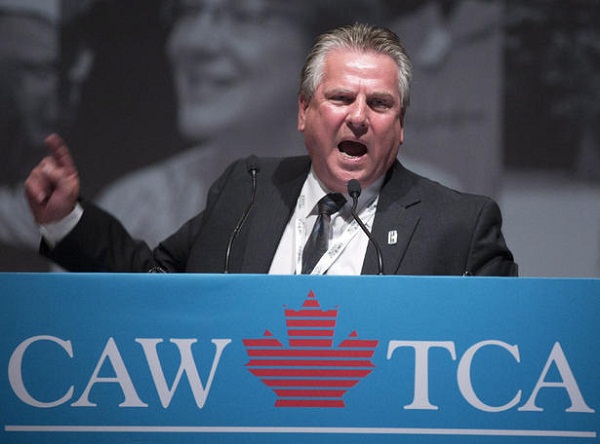 As it was stated by CAW President Ken Lewenza, Ford Motor Co. showed respect toward the union and negotiations, as a result a reasonable deal could be reached. However Chrysler Group LLC, which has the highest percentage of its North American production based in Canada, has informed that it is “very concerned” about the CAW’s choice.

Ken Lewenza, President of Caw, informed that Ford Motor Co. had shown a willingness to reach an agreement with the union. He said, in addition, that negotiations with Chrysler Group LLC and General Motors Co. would continue, however high level talks would be mainly focus on Ford Motor Co. According to research the possible strike at all of Detroit’s Big Three car makers would possible affect approximately 20,000 employees and roughly 16 percent of North American car production as well.

The development with talks with Ford Motor Co. seems to be a positive sign; however, at the same time negotiations with Chrysler Group LLC are not taking a positive turn as company’s officials have taken a hard line in bargaining.  According to Ken Lewenza, Ford Motor Co. had shown initiative to reach the agreement. Yet Chrysler Group LLC and General Motors Co. are not at the same high levels as Ford is, but they have time to reach similar terms by the midnight.

The CAW represents roughly 4,500 employees at Ford Motor Co., about 8,000 employees at General Motors Co. and another 8,000 at Chrysler Group LLC.  CAW-represented workers have authorized the union to call a strike if agreements are not reached with Chrysler, Ford and General Motors by midnight on Monday.

The strike would affect many of Canada’s auto plants which produce popular car models such as Chevrolet Equinox and Chrysler Town & Country. Other plants produce essentials parts to the U.S. vehicle manufacturing, including V8 engines for the Ford F-150. If the strike begun, both cars and components would be in short supply.

It is possible, however, that if the CAW reaches a new contract with Ford Motor Co., the strike deadline for both General Motors and Chrysler will be extended.  As it was stated by Ken Lewenza, ”We will continue to work providing they give us a firm commitment that they can live with the conditions of which Ford and the CAW bargaining committee established.”

Possible outcomes of the strike

The Canadian Auto Workers, CAW, has not gone on the strike since 1996 and what is more a simultaneous strike against all three car makers has never been organized by the union. The Canada’s car industry is currently at issue.

The strike could result into depleting inventories of certain car models, which could cause, in turn, at least one of the car makers to lose its market share, revenue and profits as well. However even the short work strike could cause any of Detroit’s Big Three to cut future investments. According to an analyst with DesRosiers Automotive Consultants near Toronto, the stoppage would result in  the loss of jobs and disinvestment in Canada. Canada is said to be the most expensive place in the world to produce vehicles, in case of strike companies could decide to move production south.

Anna Domanska
Anna Domanska is an Industry Leaders Magazine author possessing wide-range of knowledge for Business News. She is an avid reader and writer of Business and CEO Magazines and a rigorous follower of Business Leaders.
« Glencore not to change Xstrata terms before vote
Xstrata’s board close to approving Glencore’s offer »
Leave a Comment
Close