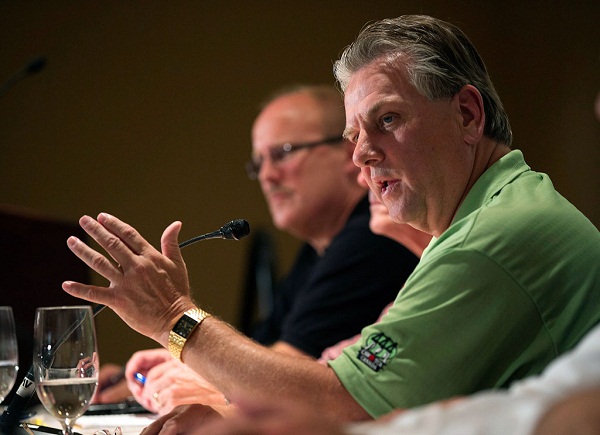 Ken Lewenza, President of CAW, reached the deal with Ford

The Canadian Auto Workers, CAW, has reached an agreement with Ford Motor Co. As a result, CAW leaders decided to extends its negotiations with both Generals Motors Co. and Chrysler Group LLC indefinitely as long as they are ongoing. Despite the fact that neither General Motors Co. nor Chrysler Group LLC did reached the deal with the CAW, their workers kept on working past a midnight strike deadline, which is explained as a sin of the union’s goodwill.

The Strike is Postponed

Generals Motors Co. and Chrysler Group LLC negotiators have been insisting on a separate wage structure for new employees, which would be similar to the agreement the Detroit Three reached with the UAW.

According to Ken Lewenza, representatives for GM Motors Co. and Chrysler Group LLC came to finalize the agreement with the CAW, but they needed more time to review the Ford deal and settle plant-level contracts as well. President of the CAW hopes that agreements will be reached as the Ford deal was signed, which means that union’s terms would be acceptable by both car makers. Ken Lewenza, however, has highlighted that neither he nor the CAW as whole will be afraid to go on strike if GM Motors Co. and Chrysler Group LLC seem to be delaying the deal in the next two or three days.

As it has been stated by the CAW, employees will stay on the job as negotiations continue, yet they can go on strike after giving GM Motors Co. and Chrysler Group LLC 24 hours’ notice in advance. In addition, Ken Lewenza strongly believes that the Ford deal might serve as pattern for the other two auto makers.

The CAW Deal with Ford

According to the Ford deal, the car maker will pay new employees 60 percent of the current top wage of $33.89 Canadian dollars ($34.74) an hour. That would mean that a new employee would be paid approximately $20.33 Canadian ($20.84). Moreover if the Ford deal is ratified, Canadian employee will receive bonuses worth roughly $9,234 at the current exchange rate over the life of the four-year contract. Yet it is almost $3,800 less than UAW members will get during the life of their four-year contract with Ford Motor Co.

Ken Lewenza is satisfied with the Ford deal. The CAW believes that the agreement is enough in the current economic situation. Ford Motor Co. declined to make a comment because the deal had not been ratified.

Two tweets were posted using NFT artist Beeple’s account. The first one promoted an exclusive collection with Louis Vuitton. The second tweet announced that Beeple would soon rel
37 mins ago