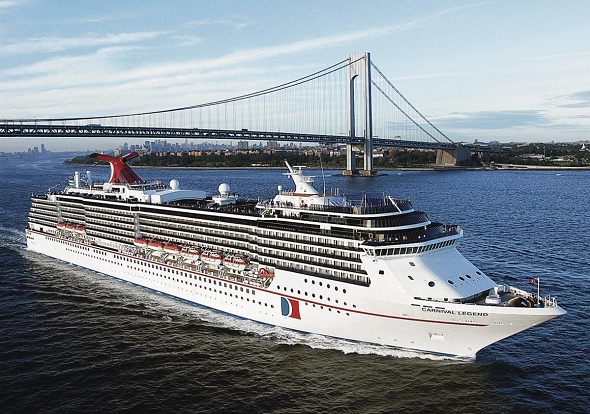 Carnival Corp. revealed that its entire 101-ship fleet, spread across nine brands around the world, will eventually use the hybrid wireless network.

Owing to the growing use of social media by cruise passengers, the world’s largest cruise company Carnival Corp. on Monday announced it has developed a new wireless network that will deliver an enhanced high-speed Wi-Fi to passengers and crew.

Carnival Corp. said its entire 101-ship fleet, spread across nine brands around the world, will eventually use the hybrid wireless network. Doral-based Carnival expects its total investment to be about $10 million for the hybrid network that consolidates satellite and land-based technologies.

The hybrid model allows the company to include new technologies as they become available, Ramon Millan, global chief information officer for Carnival Corp., said in an interview. “When we realized that the demand for more bandwidth was just going up and up and up, we started saying, ‘What is our plan for the next coming years?’” he said. “We need to have a model, a strategy to allow us to evolve as needed.”

WiFi@Sea, Carnival’s connectivity network taps into satellites, Wi-Fi from port connections and strategically located land-based antennas along cruise routes forming an innovative network for virtually uninterrupted Internet connectivity. The system will automatically choose the connection type based on the capacity and strength of signal, quality of bandwidth available and automatically connect passengers’ devices to the best option.

Carnival said its smart hybrid network is designed to produce a more stable internet access that is about 10 times faster than passengers might experience on a company ship without the hybrid technology.

A pilot program started about a year and a half ago and the model is already available on 10 Carnival Corp. ships. Following the initial launch in North America this year, Carnival Corporation is scheduled to rollout the technology globally. The expansion will continue with Alaska in summer of 2015, followed by the Mediterranean, Baltic, Western Europe and Asia in 2015 and 2016.

Pricing has not been set, but the cost will be determined by individual brands as service rolls out and is expected to be comparable to current prices. Cruise goers can probably expect to see different types of packages provided based more on a megabyte usage model than per minute pricing.

“We need to understand the different generations’ expectations and make sure we have the service and products on board to be aligned with that they’re expecting,” Millan said. “I don’t believe that access to the Internet is limited to that generation.”