Carlyle to buy DuPont Colors business for $4.9b

Carlyle-backed Packable to go public via merger with Highland Transcend 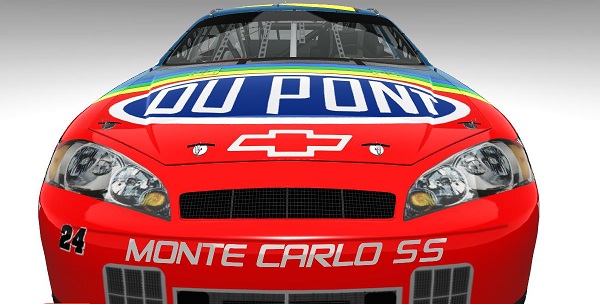 The DuPont Co. informed that it was selling the performance coatings unit for $4.9 billion in cash to the Carlyle Group. DuPont wants to focus on higher gross area such as agriculture and nutrition. The $4.9 billion deal is not a first investment in automotive and industrial segment made by The Carlyle Group. This summer it sealed at least four acquisitions.

The sale of the performance coating unit allows DuPont to reduce its debts, not to mention that the 4.9 billion deal also better positions the company for future purchases in sectors such as advanced materials and biotechnology. Carlyle, one of private equity’s top investors in industrial companies, gets the performance coatings unit which is the leader in the market with opportunities to expand its business in emerging economies such as China, Brazil and India.

Analysts have noted the active role of Carlyle these days. Its competitors, including Blackstone Group, KKR and TPG Group, have not been as active as Carlyle itself. According to analysts, the recent activity of the company coincides with Carlyle’s initial public offering which took place four months ago. Since then Carlyle’s shares have been steadily growing from a $22 per share to a $25.88 on Thursday, 30th of August.

The sale of the performance coatings unit is said to help DuPont focus on higher-margin businesses, including agriculture and nutrition, bio-based industrials, etc. Ellen Kullman, CEO at DuPont, highlighted that those business were the foundation of DuPont’s long-term growth targets. “The deal announced today is a continuation of the transformation of DuPont,” Ellen Kullman said.

The DuPont’s performance coatings unit employs approximately 11,000 workers and, according to data, it is expected to generate revenues valued at $4 billion this year. The sale of the performance coating unit is to be closed in the first quarter of 2013, however it has to obtain regulatory approvals. Carlyle will receive $250 million of DuPont’s unfunded pension liabilities, according to the deal.

The acquisition of performance coatings unit from DuPont is a 12th equity deal for Carlyle in 2012. So far Carlyle leads in buyouts this year. The total sum of its buyouts is valued at $15.3 billion.

However Gregory S. Ledford, head of industrial and transportation at Carlyle, noted that four recent contracts had been hard to close. As it was stated by him, negotiations had lasted for a long time. But the Carlyle’s recent deals show that company’s officials decided to invest in industries ranging from pumps, paint to petroleum.

But that is not the end of Carlyle’s recent purchases. The company acquired Hamilton Sundstrand’s industrial pumps business from parent United Technologies for $3.46 billion last month. Earlier Carlyle with Genesee & Wyoming bought RailAmerica for $1.4 billion.

Analyst, however, are not surprised with latest acquisitions of the company, given the availability of the capital. Besides Carlyle’s officials have recently noted that borrowing money for buying companies is easy.

Anna Domanska
Anna Domanska is an Industry Leaders Magazine author possessing wide-range of knowledge for Business News. She is an avid reader and writer of Business and CEO Magazines and a rigorous follower of Business Leaders.
« New AT&T Stores to Provide Enhanced Retail Experience
Samsung Electronics Gets Support from Japanese Courts in Apple Inc. Dispute »
Leave a Comment
Close