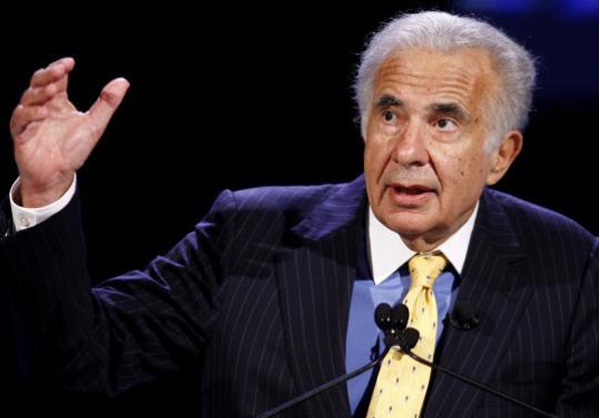 Billionaire investor Carl Icahn has informed that he owns a 13 percent stake in Herbalife Ltd due to the former public spat with rival Bill Ackman. Also the regulatory filing reflected that he owned approximately 14 million shares of Herbalife while the share and call money amounted to over $214 million.

Carl Icahn reported to claim a stake of almost 13 percent in Herbalife Ltd after the billionaire investor purchased more than 14 billion shares in the company. Bill Ackman and Carl Icahn got involved in a public spat on CNBC l in January, where the former accused Herbalife to be a pyramid scheme. The Wall Street tycoon, Bill Ackman suggested a tender offer for the stock or bid for Herbalife to Carl Icahn, if he believed the company was legitimate. However, Carl Icahn proved that he had a bigger share in the company after he announced that he owned 14 billion shares in Herbalife. After spending $214 million against shares and obtaining a 13 percent stake in the company, Carl Icahn happens to be its the second-largest investor.

The stock price of Herbalife Ltd climbed by around 25 percent to slightly over $47.7 in after-hours trading while the stock slumped by over 10 percent after Bill Ackman disclosed his small position in the company. The stock, however, improved in New York by approximately 5 percent to around $38.27 in after-hours trading on the 14th of February. During December 2012, Bill Ackman had made some inappropriate comments which led to a steep decline in the price of its shares at Herbalife Ltd. Moreover, Icahn Enterprises is expected to increase its annual distribution by $4 per unit and plan to raise $1 for each additional share.

The business disputes between Carl Icahn and Bill Ackman have turned into public spats where both hurl insults at each other and criticize their respective positions in the company. Icahn even commented that Bill Ackman was a “major loser” and that it was no secret that the two deeply disliked and disrespected each other. Moreover, Bill Ackman, who owns a small stake in Herbalife holdings, accused the company to be a non-sustainable business model and a non-legitimate enterprise. Prior to 14th of February, Carl Icahn owned less than 10 percent of Herbalife, and now he is the company’s second-largest investor.

Carl Icahn is determined to keep Herbalife from collapsing and has agreed to talk to executives in order to re-capitalize the company or sell it to a private enterprise. Ackman, however, believes that the company cannot be sold. He launched an assault on Herbalife against a $1 million bet claiming that the company defrauds low-income consumers and misused the investors’ money. However, the company came clean by laying out their 32-year old business records and claiming that they did not encourage a pyramid type of business model. Carl Icahn underlines that the company was underrated and strongly believes that it has a “legitimate business model, with favorable long-term opportunities of growth.”

Jay Raol
« Rolls-Royce Profits Surge by 24%
There are two things in New York, business and success »
Leave a Comment
Close

Blackstone, the private equity firm, is planning to acquire St Modwen Properties, a logistics and housing developer, for £1.2bn ($1.68 billion) in a bid to take advantage of the P
16 hours ago