One popular and controversial measure adopted by companies and countries to bring down the carbon levels in the atmosphere is the carbon offset method.

The 26th United Nations’ Climate Change Conference of the Parties (COP26), scheduled to be held in Glasgow between October 31 and November 12 saw participating countries renew their Paris Agreement pledge to become carbon neutral by 2050. The agreement aims to substantially reduce greenhouse gas emissions to limit the global temperature increase to well below 2 degrees Celsius above pre-industrial levels.

What is Carbon Offset?

One popular and controversial measure adopted by companies and countries to bring down the carbon levels in the atmosphere is the carbon offset method. This means investing in projects that reduce the levels of carbon in the atmosphere. Carbon offsetting schemes occur at all levels, from individual to companies to countries. Countries can become carbon neutral by limiting the amount of greenhouse gases they produce and by compensating the emissions that can’t be cut.

The compensation is done by activities like planting trees and restoring peatlands that help in reducing atmospheric carbon. Private companies and nonprofits and governments develop such projects, evaluate the level of carbon reduction and issue credits equivalent to one metric ton of emissions. 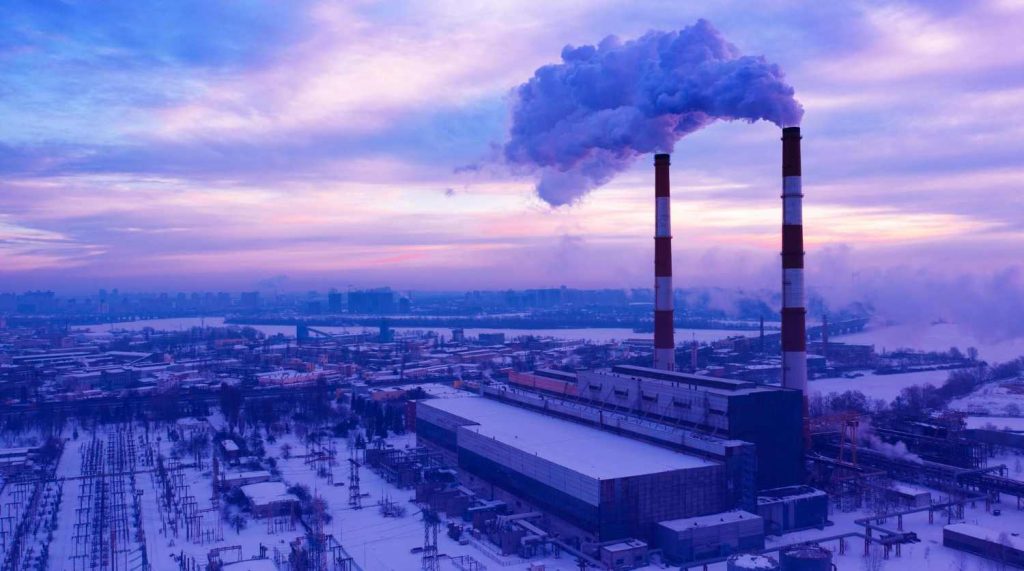 Many platforms – such as the UN Carbon offset platform or myclimate -allow people to calculate their carbon footprint and choose to donate to reforestation or renewable energy projects.

Power stations and companies with high greenhouse gas emissions receive or buy emission allowances, and they can trade them with one another. For example, Switzerland has signed deals with Peru, Ghana, Senegal, Georgia, Dominica and Vanuatu to offset its carbon emissions. Investments will finance biogas plants, solar panels and geothermic energy, as well as programs aimed at increasing energy efficiency in buildings and electrifying public transport.

There are regulated mandatory carbon markets in Europe and California, where heavy-emitting industries like steel are allocated allowances to emit carbon, which can be bought and sold.

According to Ecosystem Marketplace, a data provider, the carbon-offset market is pegged at $1 billion for 2021. The most active buyer of offsets this year is the energy sector, followed by consumer goods, finance and insurance, it said.

Critics say these kinds of schemes sanction the continual release of gases in the atmosphere without a fundamental change in behavior. Do such schemes achieve what they promise?

The different projects and range of approaches in determining the quality of carbon offset make for a complex and sometimes confusing marketplace. There is no global standard for setting the value of carbon offsets against carbon footprinting.

For example, a newly planted tree takes 20 years to grow and capture the promised amount of carbon.

“You have people saying some of these things are rubbish, and other people say no, they’re really important,” said Thomas Lingard, Unilever PLC’s sustainability director. “It’s super confusing to people, and that can’t be the desired state for a world that is rapidly trying to deal with the climate crisis.”

The first global scheme to reduce carbon emissions dates back to the UN’s Kyoto Protocol on climate change, adopted in 1997. The actual scheme known as the Clean Development Mechanism (CDM) came into operation in 2006. Under the CDM, richer countries could reduce their emissions by paying for the development of carbon-lowering projects in poorer nations and count these reductions as part of their own targets. 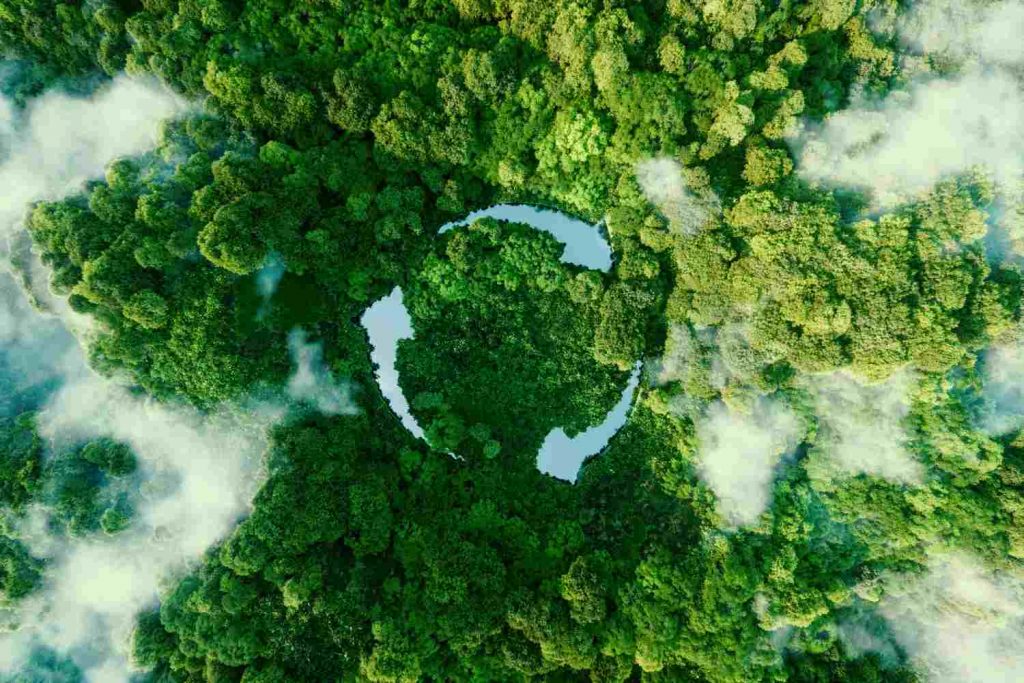 The Kyoto Protocol adopted the cap and trade scheme where a cap was put on the emissions allowed on energy-intensive companies such as shipping and energy. The European Union created the world’s first emissions trading system based on the cap and trade principle in 2005. According to a 2020 study, the system reduced carbon emissions by more than one billion tonnes between 2008 and 2016. However, the CDM was not successful in bringing down emissions. There were corruption and human rights issues. Eighty-five percent of offset projects used by the European Union under the CDM failed to reduce emissions, a 2017 study by the European Commission found.

But environmentalists and climate crusades are hopeful that the COP26 would help find a viable way to use the carbon offset method to reduce emissions. According to the advocacy group Environmental Defense Fund, Offset projects could channel much needed funds to poorer countries and yield enormous benefits for climate adaptation, providing them with financial incentives to restore their forests and other biodiverse ecosystems.

The actual benefits of carbon offsetting

The carbon offset program on paper seems a simple exchange of credits for meeting emission norms, but in actual reality, very rarely the math comes through, says Grayson Badgley, a fellow in forest ecology at Columbia University in the US.

“The math has to be perfect, [but] there are instances where it doesn’t all add up,” says Badgley.

California’s offsetting programme, for example, has generated between 20 million and 39 million carbon credits that have not achieved real carbon savings, according to analysis by CarbonPlan, a non-profit in San Francisco that analyses the scientific integrity of carbon offsetting schemes.

Many conservation societies have participated in offsetting themes with corporates where no actual benefits have been seen or the existing nature reserve or conservatory was already doing the work of carbon sequestering. Hence, it becomes more a commercial transaction. The corporates are given a free pass to continue their emission activities and gain credits with no actual offsetting of carbon emissions happening on the ground.

Badgley notes, “What would have happened if there wasn’t the exchange of money for the carbon offset?” he says. “Was the forest really under threat?”

The current system “allows landowners who were already managing their land well to receive credits for what they were doing anyway, ” says Barbara Haya, the Berkeley Carbon Trading Project director at the University of California.

Others argue that such schemes have brought benefits too. There are situations when forest conservation can use carbon credits fairly, such as when the funds are used to improve forest management, resulting in greater carbon sequestration. A case in point is the reduction of timber harvesting done for the pulp and paper manufacturing in Maine’s St John River Forest in exchange for carbon credits.

“Since 1998, timber harvesting has been The Nature Conservancy’s primary source of funds for taxes and stewardship of the Upper St John River Forest. By enrolling it in the forest carbon project, TNC made a long-term commitment to change its active harvesting practices and maintain a higher level of carbon on the property,” the TNC spokesperson says. “Done right, carbon revenue, especially when derived from forever-wild conservation, is a useful tool to help keep the carbon in our forests locked up and enables the forests to grow and continue to sequester and store even more carbon for centuries to come.”

What needs to do done

Also, companies buy carbon offsets voluntarily, unlike in the regulated mandatory carbon markets in Europe and some parts of the US.

“Voluntary markets have created many options in respect of what kinds of credits you can buy,” said David Antonioli, chief executive of Verra, a nonprofit that certifies offset projects.

It is hoped that governments will work to chalk out a framework and guidelines for the global carbon market at the COP26.

Microsoft has developed its due diligence process and is looking for proposals for carbon removal projects it could fund. This year, the company has helped remove 1.3 million tons of carbon from the atmosphere this year, mostly through forestry projects.

“The market needs clearer definitions and standards,” Microsoft said in its 2021 carbon-removal report. Shell invests in project developers that help in carbon emission removal in various countries. The same is then verified by a third-party certifying bodies that then grant appropriate credits to the company. Nestle is another country that is collecting credits by funding environmental projects done by growers and suppliers of its various raw materials (like coffee growers) in its supply chain. Benjamin Ware, Nestlé’s head of responsible sourcing. “It’s a very big opportunity for any food and agriculture-based company,” he said.

However, Ware said Nestlé’s overall net-zero pledge doesn’t rely on offsets. “Carbon credits cannot be the strategy to mitigate the temperature rise on the planet. Otherwise, we’ll just keep business as it is,” he said.

Also, campaigners say it is critical that all forms of cheating and corruption are eliminated. There is some disagreement over allowing some countries to carry surplus credits from the old CDM system into a new carbon market, and double counting. Double counting refers to a situation where two parties claim the same carbon removal or emission reduction. For example, Brazil allows a company to take credit for establishing a forestry project to offset the mass cutting of timber. Brazil and the forestry project company both claim credit for it.

Unless the loopholes are straightened out and the rules become much more stringent, there isn’t much point in having a global carbon market flooded with cheap, ineffective offsets, says Haya. Additionally, countries cannot rely on carbon offsetting alone to help them achieve their ambitious climate goals; instead, they need to adopt domestic and regional policies aimed at slashing emissions.

Anna Domanska
Anna Domanska is an Industry Leaders Magazine author possessing wide-range of knowledge for Business News. She is an avid reader and writer of Business and CEO Magazines and a rigorous follower of Business Leaders.
« An A to Z List of Companies Owned by Alphabet Inc.
Leadership Insights: What makes a bad boss? »
Leave a Comment
Close