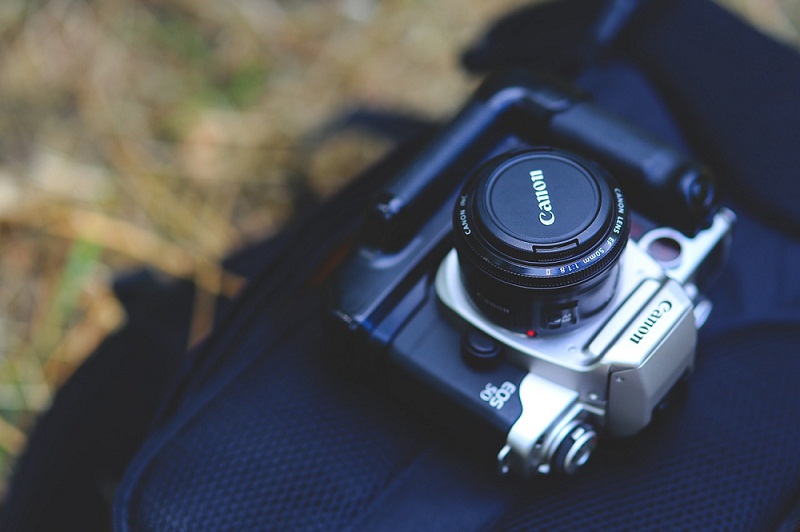 Canon’s APS-H CMOS sensor has the fastest signal readout speed of 1.25 billion pixels per second. The sensor can focus on a flying airplane and capture the lettering on the side of an airplane flying about 18km from the shooting location.

The little sensor measures 29.2 x 20.2 mm and boasts the world’s highest number of pixels for a CMOS sensor smaller than the size of a 35 mm full-frame sensor. The camera can squeeze 418,000 pixels in an area as small as one square millimeter.

Canon’s APS-H CMOS sensor has the fastest signal readout speed of 1.25 billion pixels per second. The sensor can focus on a flying airplane and capture the lettering on the side of an airplane flying about 18km from the shooting location. The stunt actually involved optical and digital zooming, as well as magnification of a very small area of the image.

According to the company, the gadget is unlikely to find its way into domestic cameras or smartphones. Instead, the ultra-high-resolution sensor would be aiming at hi-tech surveillance sector and might as well come in different variants in near future for surveillance equipments or other specialized applications. Canon said it had overcome multiple technical hurdles to get the sensor functioning.

In its DSL range, Canon at present offers the highest 50 megapixel. According to unconfirmed media reports, Canon is also working on a 75 megapixel camera in the DSL segment.

Canon has a history of launching other super-powerful camera sensors. They include the 2007 release of a 50-MP prototype, followed by a 120-megapixel APS-H sensor in 2010. Canon announced a couple 50-MP DSLRs earlier this year.

Higher megapixel pictures are sharper and provide more detail but they also need more storage space. And, with the existing viewing monitors, most of the high resolution images are seen at much lower resolution while being viewed.

Canon was founded in 1937 in Tokyo, Japan, and in 1934 designed Japan’s first-ever 35mm prototype camera. The company has since extended its technology into various other markets and has established itself as a world leader in both consumer and business imaging solutions.