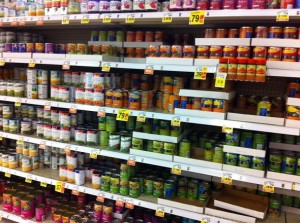 Consuming or drinking from cans lined with the chemical Bisphenol A (BPA) could heighten an individual’s blood pressure, according to a new study published in the American Heart Association’s journal, Hypertension.

As a component of their study, Hong and co-author Sanghyuk Bae studied 60 adults beyond 60 years old who were haphazardly given soy milk in either cans or glass bottles. The team of researchers found that the consumption of soft drinks from cans contributed to high blood pressure by raising the blood BPA levels upto 1600%.

As soy milk contains no component known to cause blood pressure to end up hoisted, Hong and Bae said that soy milk was the perfect drink for the trial. The researchers believe their results could help the health care industry, policy makers and the overall community to become more responsive of the cardiovascular health risks linked to BPA contact.

Hong told Stephen Reinberg of Healthday News, “Since these results affirm discoveries from different studies, health care specialists and patients, especially those with high blood pressure, or coronary illness, ought to be alert of the conceivable dangers of raising blood pressure when devouring canned foods or drinks.”

Director and founder of the US Institute of Neurotoxicology and Neurological Disorders, Steven Gilbert also emphasised the need to discover more secure options to BPA for can linings. BPA has been connected to physical and mental growth, including behavioral issues, obesity and type 2 diabetes, he said.

However, Steven Hentges from the American Chemistry Council’s Polycarbonate/BPA Global Group contradicted the study’s finds, telling HealthDay News that BPA has been declared safe by the US Food and Drug Administration (FDA). He said the study inappropriately concerns and confuses consumers.

Christy Gren
Christy Gren is an Industry Specialist Reporter at Industry Leaders Magazine she enjoys writing about Unicorns, Silicon Valley, Startups, Business Leaders and Innovators. Her articles provide an insight about the Power Players in the field of Technology, Auto, Manufacturing, and F&B.
« Microsoft, Accenture Partner to Launch A New Hybrid Cloud Offering
McDonald’s to roll out slimmed-down menu next month as sales slide »
Leave a Comment
Close