Cannabis in Latin America gets a new ‘social outlook’

Cannabis in Latin America, without the stigma, could be as clean as any region considered violent-free. In a classic context, the UK and North America hold the biggest market share in the cannabis industry, because it’s a legal business in those regions. How would Latin America fare if allowed to participate in the cannabis market? Investors have indeed found a new fortune in growing the once illicit plant. 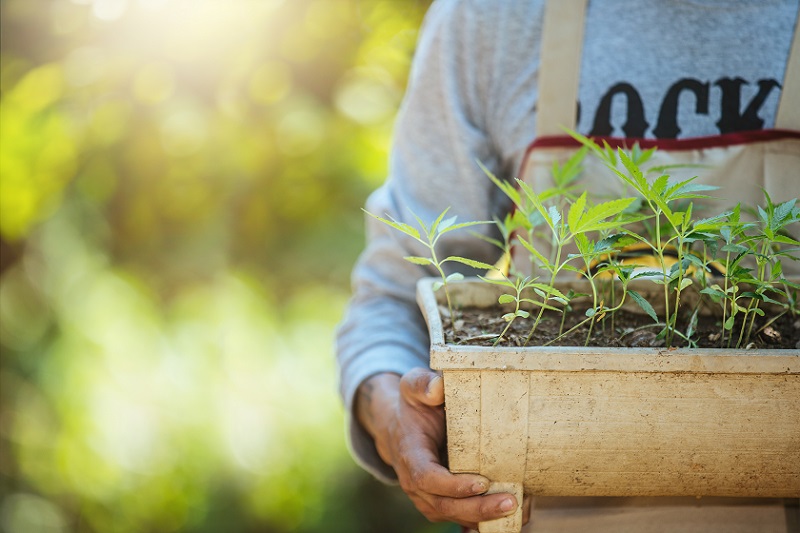 I ran into an old friend some weeks ago at LaGuardia Airport, on my way to River North, Chicago. Of course, a lot should change about him; it’s over six years since we last saw each other. He has become deeply introverted and would look at people like a “cybernetic being,” constantly processing some useful information about them at every glance. I also noticed it was taking him longer to respond to questions.

It seems your perception about life has changed a bit, what’s the secret? I politely asked. Yes! In fact, I had to unlearn all that I’ve learned in my entire life, he replied, after mumbling a few words. I began seeing life differently two years, he added. From further inquiries, I learned his cousin had introduced drugs to him. That drastically changed him, at least his social life. This is not the type of change going on in the Latin American Cannabis market.

For as many years as we can recall, small and single-engine airplanes have flown illegal drugs from the coastal plains of Sinaloa, Mexico or the Andes’ fertile ridges to buyers who distribute them to the rest of the world. In those days, all the proceeds from Hong Kong and Moscow mafias are safely laundered back to Latin American real estate by the drug kingpins. However, a serious change is going on to legally unmask the shady deals and legitimize cannabis in Latin America.

Nowadays, the drug is a highly-tested yellowish oil that ships from international airports on cargo flights without any form of worry about authorities. That’s because cannabis – once labeled Latin American product – is becoming legal for medical purposes in the region. This change is encouraging a group of Latin American startups to complete with Canadian greenhouses on cost in a move to take away major marijuana market share from North America.

For the past two years, cannabis in Latin America is getting a boost as many cannabis companies have registered with facilities and licenses in Colombia to produce various kinds of cannabis-related products. Local pharmaceutical company Clever Leaves, founded in 2016, earlier this year gained regulatory approval to begin commercial farming of medical cannabis in Latin America. The company is currently operating 5 hectares of cannabis cultivation facilities undergoing certification process for Agricultural Collection Practices (GACP). It’s also working on a top-of-the-line extract facility that can produce up to 30,000,000 ml of full spectrum cannabis oil every year. Khiron Life Science, also founded in 2016, is manufacturing Kuida – a skin care product – using CBD oil. Mexican entrepreneurs are equally responding to this development. Mino Labs pharmaceutical is working with Colombia’s PharmaCielo to manufacture health and wellness products. Fundación Daya of Chile is already planting cannabis buds for medicinal use. On 23rd May, the nonprofit organization partnered with de Rengo municipality for the sales of 20 mg of THC and 9 mg of CBD to patients for medical use.

These startups and others in a similar course are not limiting their brands within their national borders but also targeting other regions with new attitudes towards cannabis. Uruguay opened doors to legalize cannabis six years ago, and other Latin American countries, including Chile and Peru, are following up the increasing flexible commercial regulations in Columbia. For instance, Khiron is processing legal framework to market its skin care product Kuida in Peru and Mexico.

A global market, which is more lucrative, is the target for these companies, not a regional dominance. Khiron, for instance, is also eyeing the US market for its Kuida and could bring in the product before the last quarter of 2019. It plans to sell as much as 120,000 units of cannabis-based skin care products in the US, Peru, Mexico, and Colombia. Clever Leaves’ next target is the European market.

The global cannabis market will inevitably flip upside down, there’s no doubt about it. “It’s a question of when,” says Clever Leaves CEO and co-founder Andres Fajardo.

In addition to Cannabis’ new social outlook, these Latin American startups also have other advantages over their peers in North America, in their quest to redraw the global cannabis market. They include 12 hours of sunlight all the year, cheap land, low-cost electricity, and greenhouses, Fajardo added. 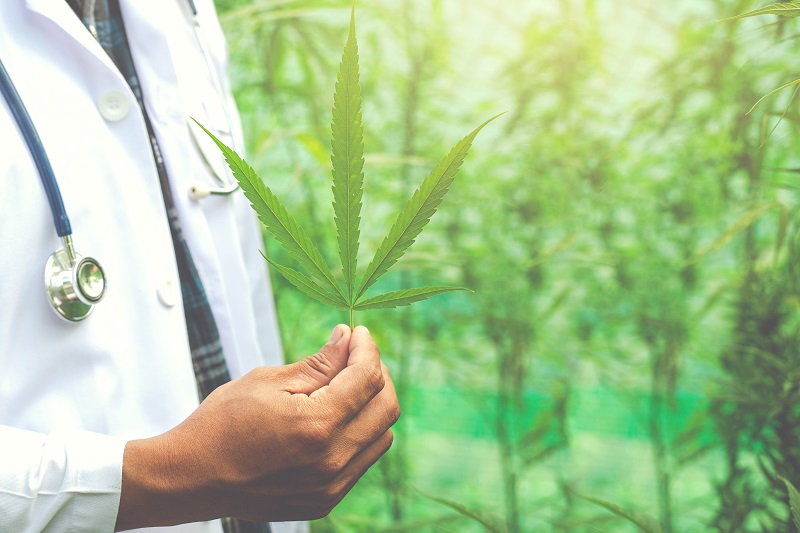 These advantages could be very important now that the world’s medicinal cannabis market is estimated to reach $146 billion by 2025, says Grand View Research. The cannabis market, currently dominated by UK and Canada, is valued $40 billion in estimation. For a very long time, efforts to move into the market by Latin American entrepreneurs have been ridiculed by violence associated with drug-trafficking. Legal or illegal, the Latin America cannabis market in the region is estimated at $9.8 billion. However, commodity-based economies in the region have suffered the effects of global price instability. For instance, Chile’s copper and Colombia’s coffee.

Entrepreneurs who are legitimizing the Latin America cannabis market are actually working hard to add value aside from capturing the value of a once illicit plant.

Khiron’s office in Bogotá’s Chicó district has since become a rendezvous for professionals. The company’s head of skin care business Elsa Navarro would dress in her regularly corporate-looking attire and present just a line of the well-packaged skin care products, referencing cannabis leaf subtly. The company has a skin rub for nighttime, a $22 cream for those fragile, soft patches under the eyes. There’s also a spray designed to stimulate relaxation.

Dealing with the stigma around cannabis in Latin America

Colombian actress, TV presenter, model, and journalist Catalina Aristizábal – also a health-obsessed mother of two – is Kuida’s brand ambassador. Also, former Mexican president Vicente Fox is advising Khiron. When it first hired Navarro, its head of skin care business, the company told her she would oversee sales for a cannabis company based in Colombia. “Now we are global,” she says. The company is speedily accessing varying destinations around the world to launch its product. Navarro joined members of the company’s legal team in January to properly evaluate import regulations in Europe. “It was like 10 of us,” she says. It looks like we can export to Italy, she continued.

Societies around the world continue to be plagued by black markets where heroin and cocaine change hands. That’s part of the conditions that encouraged lawmakers and leaders in British Colombia, Denver and California to begin thinking differently about the use of cannabis for treating anxiety, epilepsy, pain, and other medicinal uses, with cannabis for medical use legalization starting to creep into our society in the early 2000s.

South American nations welcomed the message. In 2016, Colombian President Juan Manuel Santos supported a push for the legalization of cannabis for medicine by Senator Juan Manuel Galán Pachón. Other Latin American presidents (Ernesto Zedillo of Mexico, Fernando Henrique Cardoso of Brazil, and César Gaviria of Colombia) joined the wagon and began lobbying for decimalization and regulation of drugs in the world. Of course, it’d be a win-win for the region in terms of economic value, provided the regulation is effective.

Meanwhile, some veteran political observers are afraid that the peak of cannabis legalization may have passed long ago. According to OZY, former health minister to the Santos government Alejandro Gaviria Uribe says he thinks the world politically broke away from a rational mindset on drugs since 2016. “There was a moment of optimism when people were perceiving a change of rethinking drugs,” he says. The conservatives are having their time again since after that and this could change a lot in the cannabis industry.

The former minister also thinks there’s a lot to worry about products like Kuida.  “Producers of cannabis oil haven’t really pinpointed their market… Where is that big market?” asks Uribe. In a different angle, he is concerned if Latin American companies could successfully eke out a factual, value-added pharmaceutical product. Uribe is also concerned if the cannabis market will end up like soybeans or crude oil and trade different grades of CBD and THC.

At the moment, no budding Latin American cannabis company can claim to have made a profit, though none has reported first-quarter results so far. Whereas it’s not as though the region has crushed every competition from the North American producers. The south has more to worry about. Canadian pot producers are turning to the region for the benefits. Canopy Growth and Aurora, for instance, have both planted roots in the south to challenge cannabis entrepreneurs from Latin America.

However, investors believe that Latin American cannabis companies have more advantage in any competition with counterparts in North America. Khiron and Clever Leaves are both heavily backed by investors in the US and Canada. These investors must be munching on the old glories of Latin America – the crop that gave the region a bad name could now change its fortune.

Christy Gren
Christy Gren is an Industry Specialist Reporter at Industry Leaders Magazine she enjoys writing about Unicorns, Silicon Valley, Startups, Business Leaders and Innovators. Her articles provide an insight about the Power Players in the field of Technology, Auto, Manufacturing, and F&B.
« Most Influential Business Leaders in PR
Top Destinations for Business Tourism »
Leave a Comment
Close

The biggest names on Wall Street are buying some of these best fintech stocks of the year. Now maybe a great chance to invest money in the right business.
1 hour ago

Not many know that Tesla wasn’t founded by Elon Musk. So who founded the world’s most valuable automotive company?
5 hours ago