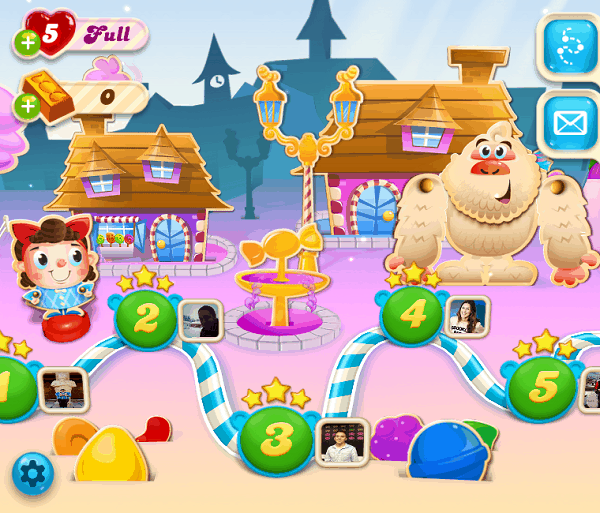 On Monday, Activision Blizzard announced that it had agreed to acquire King Digital Entertainment, the London-based group behind the enormously popular Candy Crush Saga mobile games, for $5.9 billion.

The acquisition is the gaming industry’s biggest deal since Microsoft purchased Minecraft last year. It combines one of the largest names in mobile gaming with Activision, known for its big-budget console franchises including Call of Duty and the fantasy game World of Warcraft.

As mobile games are experiencing explosive growth in popularity, Activision sees this as the opportunity to expand into the fast-growing mobile gaming space, which is expected to generate over $36 billion in revenue by the end of this year.

According to research from intelligence firm Digi-Capital, spending on mobile gaming titles is expected to hit $29 billion this year. Revenue from mobile games is expected to reach $45 billion by the year 2018, the researcher said in May.

Robert Kotick, Activision’s CEO said in a statement that currently mobile gaming is the largest and fastest- expanding opportunity for interactive entertainment and with the acquisition of the world’s most successful mobile game companies and its talented teams, it can now offer great content to new customers in new geographies throughout the world.

Founded in 2003, King depends on the freemium business model, which allows games to be played for free but charges for extra features or virtual goods. In 2012, King found a mobile gaming hit with the launch of Candy Crush Saga, a freemium game that asked users to match colorful pieces of candy. According to the company, Candy Crush has about 158 million daily users and more than 1 billion daily game plays. Though the popularity of Candy Crush has faded over time, the company has brought in $490 million in revenue in the second quarter of the year.

The social-gaming company released Candy Crush Saga on Facebook in April 2012. The game quickly rose in the social gaming ranks, helped in part by a mobile launch in November 2012 on Apple’s iOS operating system and on Google’s Android OS a month later. The game went on to be the most downloaded iOS app of 2013.

The Santa Monica, California-based Activision Blizzard has been expanding its digital horizons in the last few months. The company has started shifting its sales to the Internet, which now accounts for three-quarters of the company’s revenue.

Activision Blizzard will acquire all outstanding shares of the Dublin-based game maker for $18 per share, a 16 percent premium to King Digital’s closing stock price Monday of $15.54 in New York. The boards of both companies have approved the transaction, Activision said.

: Visa is committed to perform better in the field of open banking sector by combining its networks and Tink’s modern technologies.
13 hours ago

Investment in IoTecha is linked with BP’s intention to produce over 70,000 public EV charging points globally by 2030
13 hours ago

Starlink, the satellite internet unit of Elon Musk’s SpaceX, will most likely be able to provide global coverage by September, according to the company’s president Gwynne S
2 days ago

The Ikea and Rockefeller foundations are jointly launching a $10 billion fund to promote small-scale renewable power projects in developing nations. Both
4 days ago