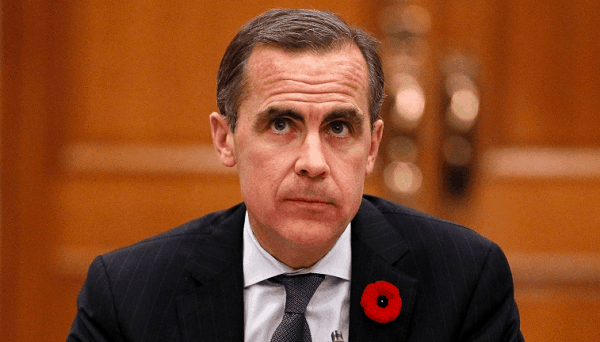 Certainly the decision to appoint Mark Carney, the governor of the Bank of Canada, to lead the Bank of England has stunned many analysts. Yet some believe that Mark Carney is what a doctor has prescribed for the UK financial system as he has got a long list of successes, including leading Canada through the global economic crisis.

It is worth noting that the decision to appoint Mark Carney as the governor of the Bank of England is not so surprising if historical ties between Canada and Great Britain are taken into consideration. It was just in 1965 when Canada decided to remove the Union Jack from its flag!

Even though that Mark Carney will be the first non-British governor of the Bank of England in its history, the central bank has a quite old tradition of cooperation with foreigners, just to mention Americans, Deanne Julius and Adam Posen, the Australian Kit McMahon.

According to economists, the appointment of Mark Carney means a  new beginning for the Bank of England which is to face a debate over how it should handle the economic weakness and at the same time financial instability. It has been underlined that Mark Carney’s expertise in regulation might turn to be very helpful when it comes to Bank of England’s attempts to awaken growth. Financial stability is essential, without it monetary policy is not going to be effective.

Having just stepped out from a double-dip recession, UK economy is, without a doubt, in a dreary state. In addition, the Bank of England is still anxiously looking at the eurozone and its growing problems. Not to mention the fact that the UK government has been coping with bank and financial regulation problems for months. Mark Carney is expected to be refreshing for the financial system and the Bank of England as well. Chancellor of the Exchequer George Osborne is convinced that Mark Carney means the strong leadership which is so needed as the UK banking systems is struggling these days.

The Bank of England will not be the first British experience for Mark Carney. He studied at Oxford University, not to mention that he used to work for Goldman Sachs in London. By leading the Financial Stability Board, Mark Carney has had a chance to become familiar with British authorities as well.

Mark Carney underlined that challenges in London were much greater than those in Canada, stating: “It’s very important for the global economy that the UK does well, that it succeeds in this rebalancing of their economy, that the reform of the British financial system is completed.”

Certainly the Mark Carney’s shift to London is expected to be significant as he was a person responsible for leading Canada and its economy through hard times, making its recession one of the flattest in the developed countries. The Mark Carney’s adventure with the Bank of England is due to start in July 2013, he will continue his work at the Bank of Canada until May. According to a statement, he is going to lead the Bank of England for five years.

Anna Domanska
Anna Domanska is an Industry Leaders Magazine author possessing wide-range of knowledge for Business News. She is an avid reader and writer of Business and CEO Magazines and a rigorous follower of Business Leaders.
« Shares of Renesas grow owing to the approval of a bailout
ConAgra finally gets Ralcorp for $5bn »
Leave a Comment
Close