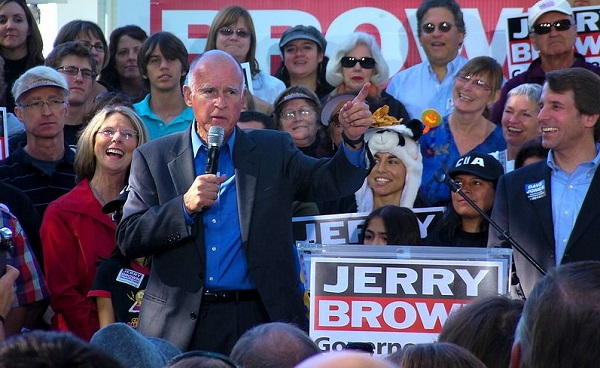 On the 14th of March, California authorities issued an initial project which included a prime proposal to reform the Sacramento-San Joaquin Delta in an effort to secure water supply across the state. In addition, the documents of the Bay Delta Conservation Plan centrally focused on the California Governor Jerry Brown’s multi-billion suggestion to bring back the equipoise of the ecosystem and provide stable water supply for the state.

BDCP to Focus on Twin Tunnels

The Bay Delta Conservation Plan advanced one step forward after California water officials released its first preliminary draft which primarily focused on restoring the endangered habitat in Sacramento-San Joaquin Delta and providing stable water supply to the water-deficient regions of California. Moreover, the Bay Delta Conservation Plan would focus on the $23 billion proposal initiated by Jerry Brown and his administration. The $23 billion proposal includes the construction of twin tunnels which would run for supposedly 35 miles. In addition, the massive twin tunnels, 40 feet in diameter, would serve the purpose of supplying water from North California to farms and water-deficient cities of the Southern region.

Moreover, the preliminary draft of the Bay Delta Conservation Plan contained a total of 2,432 pages and is said to increase by end of April. The twin tunnels are designed with an eye to improving and at the same time securing water delivery by diverting part of Sacramento River’s water supply and exporting it to water canals situated in Tracy. From San Jose to San Diego, the new structure would supply water to approximately 25 million Californians, not to mention farmlands. In addition, the Bay Development Conservation Plan is believed to export  well over 5 million acre feet of water annually. It was initially underlined that the Sacramento-San Joaquin Delta project would include three tunnel intakes, precisely between Clarksburg and Courtland.

However, the Bay Delta Conservation Plan does not confirm the exact volume of water supply as the amount of water needed in the Delta is yet uncertain. Mark Cowin, director of the California Department Water Resources underlined that: “This plan isn’t about waging war. It’s about resolving some of the most critical resource conflicts in California.”

The Jerry Brown’s $23 billion proposal faced severe criticism from various critics who scrutinized the Bay Delta Conservation Plan and named it boondoggle. According to the Brown administration, the Bay Delta Conservation Plan would restore the habitat of endangered species including 57 imperiled native wildlife species out of which 11 are fish and specific birds whose habitat restoration could yield benefits. Moreover, bypassing the Sacramento-San Joaquin Delta would reduce the possibility of the death of fishes killed during the process which in turn would purify the state’s water supply. The final draft is believed to contain a habitat conservation plan that would be in action for the next 50 years.

However, critics hold the view that the Bay Delta Conservation Plan would eventually degrade the quality of water supply and adversely affect the habitat of fish. With an additional charge of $4 billion against converting farmlands to wetlands and restoring habitats, critics claim the local economy might be hampered. The long review process is expected to be followed by litigation and lawsuits. The formal draft of the Bay Delta Conservation Plan is due to release by the end of July.

In a 2019 internal document obtained by Recode, many employees attest to being demoted, ostracized, or assigned to less desirable projects for speaking out.
7 hours ago