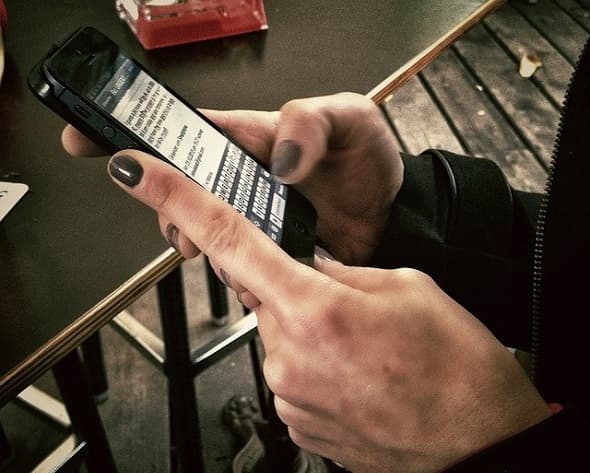 The law will affect any smartphone manufactured on or after July 1, 2015.

In a move to make iCrime a thing of the past, California Governor Jerry Brown signed historic legislation on Monday that mandates all phones sold in the state have a “kill switch”.

The bill states that smartphones or other connected devices must have a method to remotely lock and erase information from a phone, a feature that can render the device useless if stolen. The law will affect any smartphone manufactured on or after July 1, 2015.

Senate Bill 962 was introduced in February by State Senator Mark Leno and sponsored by San Francisco District Attorney George Gascon. The new law, the first of its kind in the nation is designed to prevent cell-phone theft in cities like Oakland where more than 75% of all robberies involve stolen phones, or San Francisco, where it’s 65%.

“California has just put smartphone thieves on notice,” Leno said in a prepared statement. “Our efforts will effectively wipe out the incentive to steal smartphones and curb this crime of convenience, which is fuelling street crime and violence within our communities.”

The bill has received some pushback from the wireless industry trade group CTIA that represents major carriers like AT&T and Sprint. They believe that the kill switch was technically unfeasible, costly and could be exploited by hackers. Carriers and phone makers were unwilling to install the switches because it could infringe upon the lucrative $7 billion phone-insurance market.

The law will likely apply to all cell phones sold to consumers online or in physical stores in California, regardless of where the phones are produced. Cell phones sold after July 1, 2015 in the state that do not adhere with the new law will have to pay a penalty anywhere between $500 to $2,500 per device.

Smartphone manufacturers like Samsung and Microsoft will likely be affected by the new law, however Apple already ships its iPhones with Activation Lock, a remote locking mechanism in iOS with Find My iPhone that likely fulfils the terms of the law. The app that is connected to Apple’s iCloud service, which when enabled lets users remotely trace, lock, disenable and delete information from an iOS device.

California is not the first state to pass a kill switch bill, Minnesota also has legislation mandating anti-theft technology for smartphones. But unlike California, the law there does not require the kill switch feature to be turned on by default.

Anna Domanska
Anna Domanska is an Industry Leaders Magazine author possessing wide-range of knowledge for Business News. She is an avid reader and writer of Business and CEO Magazines and a rigorous follower of Business Leaders.
« DMV Orders Google to Add Steering Wheel and Pedals for its Driverless Cars
NSA Built Own ‘Google-Like’ Search Engine To Share Communication Records With Government Agencies »
Leave a Comment
Close