Cairn Energy to drill in Arctic waters and Morocco 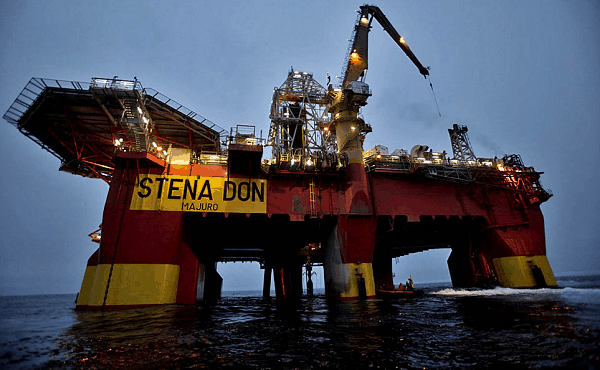 Cairn Energy Plc, an independent British oil and gas exploration and production company, announced that it would return to drilling for oil in the Arctic waters of Baffin Bay, off Greenland in spite of having spent approximately $1 billion on rather unsuccessful exploration programmes in the area. The company also confirmed its drilling programme offshore Morocco.

The Edinburgh-based company confirmed that it would begin an exploration drilling near Greenland on the Pitu block in 2014. Cairn Energy holds the largest acreage position in Arctic waters of any group. The last year’s drilling programme in the region caused the company to write of approximately $1 billion in exploration cost.

Cairn Energy drilling programme in Arctic waters, off Greenland, is a joint venture with Statoil ASA, Norwegian oil giant. In January Cairn Energy sold a 31 percent stake in the Pitu block to Statoil ASA. A 57 percent stake is owned by the Edinburgh-based company, while the rest is held by Nunaoil, Greenland’s national oil company.

The Cairn Energy drilling in Arctic waters, off Greenland, would go ahead subject to government approval as well as the outcome of technical data evaluations. Simon Thomson, chief executive at Cairn Energy Plc, strongly believes that the Pitu block, off Greenland, will emerge as a significant oil province. Nevertheless, the Edinburgh-based company is currently looking for risk-bearing partners as it does not want to fund the drilling by itself. A joint drilling programme in shallower waters is on a quite advance stage as 11 bore holes have been already completed.

Lately Cairn Energy Plc has informed that it committed over $1 billion to projects aimed at re-establishing the company as a North Sea operator, while also acquiring licenses in the Mediterranean off Cyprus and Lebanon. The Edinburgh-based company decided also to sell its 11.5 percent stake in Cairn India to raise approximately $1.3 billion.

According to a source familiar with the matter, Cairn Energy Plc expects to hear results of bids submitted for licensing rounds in Cyprus and Trinidad & Tobago before the end of 2012. A competition for acreage in Trinidad is said to be significant. In addition, within the next 12 months Cairn Energy Plc expects to take part in multiple exploration and appraisal wells in the North Sea.

Moreover the company will spend about $1.6 billion on the preparation of the drilling in deep water off the Atlantic cost of Morocco in coming weeks.  As it was stated by Cairn Energy Plc, the drilling offshore Morocco was to commence in the fourth quarter of 2012. The company had bought a 50 percent stake in the Foum Draa block for approximately $60 million from Serica and its partners in August.

Simon Thomson, chief executive officer at Energy Cairn, noted: “Cairn is pleased with the progress made this year in re-balancing the portfolio for exploration-led growth underpinned by sustainable cash flow.”  And the drilling plans in the Mediterranean, the Atlantic and the North Sea are certainly the part of a Cairn Energy strategy to diversify its assets portfolio.