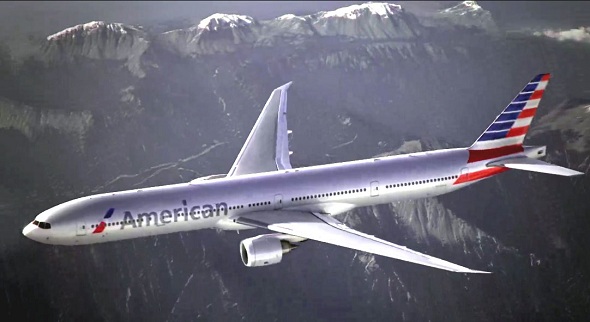 Beginning this month a Cadillac CTS, SRX or Escalade will offer a luxury airport transfer program at Los Angeles International Airport (LAX). By the end of this year, Cadillac plans on expanding the program to Dallas/Fort Worth, New York’s LaGuardia Airport, and John F. Kennedy International Airport. However, not all fliers can avail this service, as it is available only for ConciergeKey members, an invitation-only program for VIP customers with the highest mileage.

The program follows in the footsteps of similar consolidations between United Airlines and Mercedes-Benz as well as Delta and Porsche.

“American and Cadillac are two iconic American brands, both in the process of redefining the contemporary American luxury experience,” said Suzanne Rubin, president, AAdvantage Loyalty Program. “This is just the beginning of the opportunities we see with our partnership with Cadillac, and we are thrilled to be able to offer these benefits to our customers.”

In another key aspect of the partnership, many more AA fliers will be able to participate in another promotion that launches later this month. American’s AAdvantage frequent-flier-program members can earn 7,500 AAdvantage miles by test-driving a new Cadillac at a U.S. Cadillac local dealership. Cadillac said it will provide more information on the promotion closer to launch.

“Traveling in style is a shared interest of premium customers the world over,” said Uwe Ellinghaus, chief marketing officer, Cadillac. “Partnering with American Airlines, the world’s largest airline, allows us to engage customers and deliver valuable benefits in meaningful ways. Both brands embody the vitality and universal appeal of the American spirit.”

Cadillac and American Airlines are currently vying to redefine their respective brand images. The new partnership could be a push to boost their brands. Last month, Cadillac announced it will be moving to new headquarters in New York, leaving behind its present home base at the Renaissance Center in Detroit. The luxury line plans to branch off as a separate unit from General Motors. Besides that American Airlines has begun a huge rebranding campaign with a new logo and airplane design.