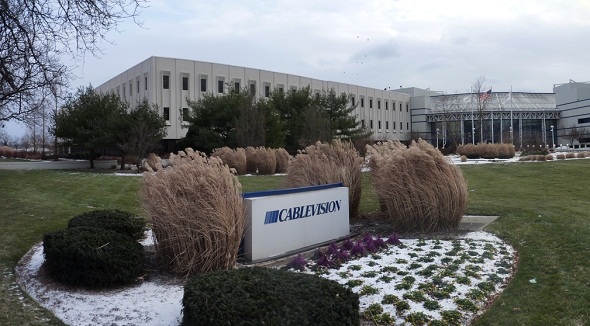 The new service Freewheel will provide Cablevision broadband customers with unlimited data, talk and text plan for $9.95 a month

Cablevision Systems is entering the wireless market with a Wi-Fi-based low-cost mobile phone service, making it the first U.S. cable operator to launch such an offer.

The company’s new wireless Internet phone service will be called Freewheel and aims to give users an option to costlier data plans from other cellular networks. Since 2007, Cablevision has deployed 1.1 million Wi-Fi hotspots in the greater New York service area, and the new Freewheel will take advantage of them.

The new service Freewheel will provide Cablevision broadband customers with unlimited data, talk and text plan for $9.95 a month, while consumers who are not Cablevision customers will have to shell out $29.95 per month. This involves no annual contract and no other charges. Cablevision internet subscribers will be able to use this service in any location in New York that allows Wi-Fi access. The company plans to expand nationwide in the future.

“Freewheel is powered by the millions of WiFi hotspots that extend from your phone to the coffee shop to your office to your school. This means that wherever you are – across town or across the globe – you can talk, text, download, upload, and stream wherever there’s WiFi, without ever paying a penny more,” Cablevision said.

“Freewheel is made possible by the sweeping Optimum WiFi network. That’s over a million hotspots in the Tri-State area alone. And, when you’re moving between hotspots, Freewheel is constantly queuing up your emails, voicemails and texts, so you can get them as soon as you enter the next hotspot.”

Since Freewheel only provides the ability to talk and text on mobile phones in areas with Wi-Fi connections, users won’t have any fall-back options to connect to mobile networks when they enter into an area that doesn’t have Wi-Fi. Therefore, the service is being targeted towards college campuses, urban areas and other Wi-Fi rich environments that have a huge number of mobile hotspots.

The service will exclusively work with only one phone in the beginning, and that’s the Motorola Moto G priced at $99.95. Cablevision Systems could later make it available on other devices as well, through an app.

With its new Freewheel service, the company aims to offer a number of advantages to its current customers to stay on board, and also allure more customers from other cellular companies. Cablevision has not provided any date for when its new service will become available, but said that it’s coming shortly.

Anna Domanska
Anna Domanska is an Industry Leaders Magazine author possessing wide-range of knowledge for Business News. She is an avid reader and writer of Business and CEO Magazines and a rigorous follower of Business Leaders.
« Apple Watch details surface, battery supposedly lasts only a couple of hours under active use
Marriott signs $168M deal to acquire Canada’s Delta Hotels »
Leave a Comment
Close