C.S.Energy: Power performance at its best. 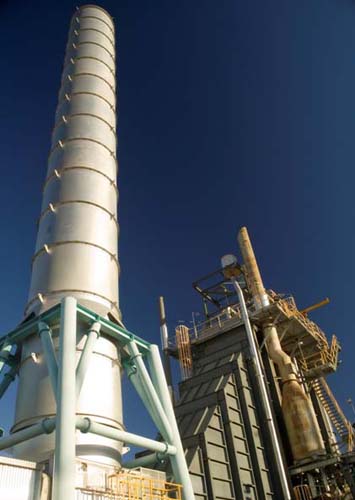 C S Technologies is playing a leading role in the development of renewable and low emission technology, however its targets for renewable generation and installed capacity have been revised in response to market conditions and the deferral of a carbon and emissions trading scheme. The Company’s renewable generation target has been revised from 500 megawatts to 300 megawatts due to uncertainty concerning a national carbon policy.

The global focus on carbon emissions commands the Australian energy industry to shift its reliance on traditional generation methods, and drive the development of low emission and renewable generation. This will power economic growth and meet the community’s demand for a secure, reliable and cost-effective electricity supply. CS Energy has the most diversified portfolio of generation plant in the National Electricity Market. The Company has extensive experience and expertise in generation using fossil fuels, and has been instrumental in the Queensland energy industry’s move to low emission gas-fired generation. This experience and expertise positions CS Energy to be a leader in the commercialization of large scale cleaner, low emission and renewable generation technology. CS Energy recognizes that the commercialization of new energy solutions requires significant and timely investment in the research, development and testing of new technologies.

The $200 million Callide Oxyfuel Project involves retrofitting a Callide A Power Station unit with oxyfuel technology, to enable carbon dioxide to be captured and stored underground and prove it can produce electricity from coal with almost no emissions. The project is a flagship project of the Asia-Pacific Partnership on Clean Development and Climate, and is an important step towards demonstrating practical and adaptable technology to help tackle climate change. The Callide Oxyfuel Project is a joint venture between CS Energy, the Australian Coal Association, Xstrata Coal, Schlumberger, and Japanese participants: JPower; Mitsui; and IHI Corporation. The project has also received financial support from the Australian, Queensland and Japanese governments. During 2009/2010, the Callide Oxyfuel Project moved into the detailed design and construction phase, making it one of the first clean coal technology projects in the world to move beyond the concept phase into construction. Major achievements have included the completion of the civil foundation work for the oxygen and carbon dioxide capture plants, erection of the main columns and most of the large equipment items on the two oxygen plants, and commencement of the oxyfuel retrofit work to the boiler. Two major construction crews of up to 30 workers have been on-site since March 2010. The joint venture has maintained active involvement with its key stakeholders including the Queensland Government, the Commonwealth Government and the Japanese Ministry for the Environment, Trade and Industry (METI), and has hosted a number of delegations from overseas institutions and researchers. A key activity in 2009/2010 was staff participation in the fi rst International Oxyfuel Conference held in Cottbus in Germany in September 2009. The conference showcased the recently commissioned thermal oxyfuel demonstration project based at Schwarze Pumpe near Cottbus and provided an opportunity for the Callide Oxyfuel Project team to make a number of presentations on the project and plant design.

This year has been an exciting and eventful year for the Kogan Creek Solar Boost Project, with the Commonwealth government pledging $32 million towards the project from the Renewable Energy Demonstration Program. The Queensland Government also invested $35.4 million in the Company’s Carbon Reduction Program, allowing CS Energy to direct funds to the Kogan Creek Solar Boost Project. The project is now in the Front End Engineering Design phase which defines the construction and operational phases of the project. With an output of 44 megawatts during peak solar conditions, the project will provide up to 40,000 megawatt hours of additional electricity per year. This is enough electricity to power 5,000 homes. The project will augment the Kogan Creek A Power Station’s steam supply to increase the station’s electrical output and fuel efficiency. It will use compact linear Fresnel reflector technology to provide solar-produced steam, supplementing the conventional coal fired steam process. This solar addition will enable the Kogan Creek A Power Station to produce more electricity with the same amount of coal and reduce the power station’s greenhouse intensity. Each megawatt hour of electricity generated using the Kogan Creek Solar Boost Project will avoid carbon dioxide being emitted. At an estimated output of 40,000 megawatt hours, this is equivalent to taking 11,000 cars off the road every year

In addition to more mainstream carbon dioxide capture and storage solutions, CS Energy is also exploring alternative processes which have some natural synergies with electricity production.

One technique involves the absorption and mineralization of carbon dioxide from a power station flue gas stream using fl y ash and waste water. CS Energy has been working with the Calera Corporation for almost 12 months on this technology application for its coal-fi red power stations at Callide and Kogan Creek and earlier this year, dispatched three tones of coal and fl ay ash to the Calera pilot facility in California for assessment. The process can yield a carbon negative building product that can be used as a replacement for aggregate materials in cement and other building materials. 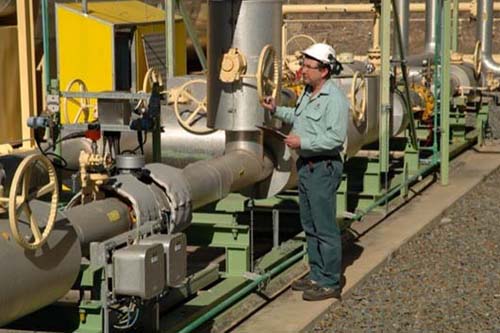 CS Energy entered into the Stratheden Joint Venture with energy company, Metgasco Limited, in December 2006 to develop CSM fields near Casino in northern New South Wales. This project was undertaken in parallel with the development of CS Energy’s Swanbank F Power Project near Ipswich, and was intended to provide a low cost fuel for this proposed high efficiency, combined-cycle gas-fi red power station. A review of the performance of CS Energy’s interest concluded that the gas supply was unlikely to be available within a timeframe to suit the Swanbank F Power Project. As a consequence, CS Energy sold its 15 per cent interest in these blocks back to Metgasco Limited.

CS Energy has been participating in the Kogan North Joint Venture Project with Australian CBM Pty Ltd, a 100 per cent owned subsidiary of Arrow Energy N.L. (in which Shell has since acquired an interest). CS Energy holds a 50 per cent interest in the joint venture. The joint venture was established in October 2004 to develop a CSM fi eld capable of producing four petajoules (PJ) per annum of gas over a 15 year term. The gas is delivered into the Roma to Brisbane Pipeline for use at Swanbank E Power Station. During 2009/2010, gas production in the Kogan North fi eld increased to just short of the contractual level of four petajoules per annum due to drilling undertaken in the Taroom coal seam in the last quarter of 2009. In 2010/2011, the joint venture will Investigate ways to improve the economic viability of the field.

More than 10 years ago, CS Energy entered into a gas sales agreement with Santos for the supply of natural gas from the Scotia field in West Queensland. This is one of the fuel sources for Swanbank E Power Station.

CS Energy and Queensland Gas Company (QGC) signed a gas sales agreement in 2006 and, since then, QGC’s CSM gas has been supplying the Swanbank E Power Station. During 2009/2010, QGC has been working towards a final decision to invest in a liquefied natural gas (LNG) plant in Gladstone.

In March 2008, CS Energy signed a Buyer-Funded Operations Agreement with Mosaic Oil to fund four initial wells at its Waggamba field development in South West Queensland. This fi eld is being developed to supply Swanbank E Power Station until 2013. The first well (Waggamba 4H) was drilled in April 2008 and has been successfully producing gas since that time. The second well (Waggamba 5H) was drilled in June 2008, but has experienced difficulties establishing a fl ow from the reservoir. In 2010/2011, CS Energy will consider drilling two further wells within the Waggamba field.

The foundation of CS Energy’s business is to generate electricity safely, reliably and efficiently. The 2009/2010 financial year has been challenging, both in terms of the Company’s operating performance and the performance of the electricity market. Whilst there has been sound progress across the business, this improvement has largely been negated by some specific but significant areas of poor performance. 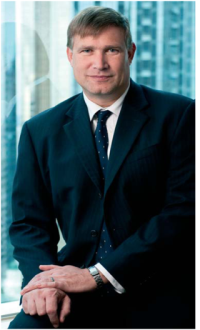 The adverse market conditions are expected to continue for the next three to fi ve years. During this time, CS Energy will increase its focus on improving operating performance. To achieve this outcome and emerge from these challenges as a stronger Company requires the continued dedication, commitment and innovation of CS Energy’s people. The continued focus of our people on meeting the challenges of the current operating Environment, and the drive to provide the solutions to meet the challenges of the future, will ensure CS Energy generates electricity safely, reliably and efficiently in the future.