Burning the Calories by working out with Virtual Reality Bike VirZOOM 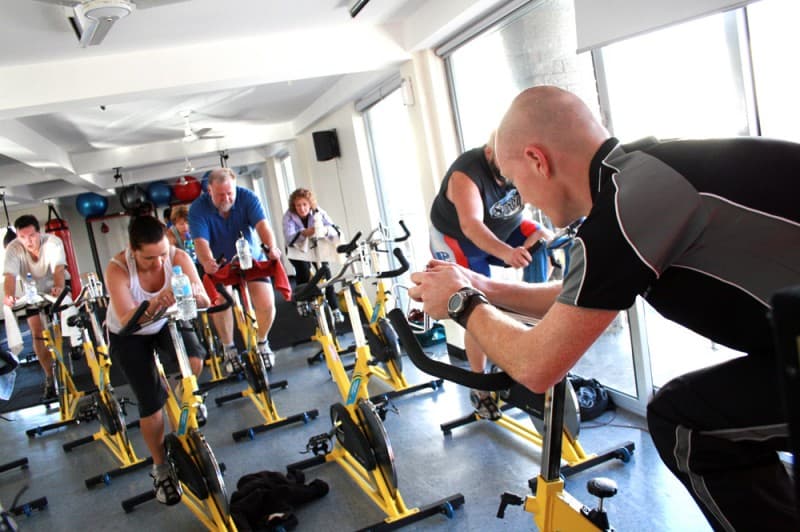 Virtual Reality Bike VirZOOM is a VR startup based in Cambridge, Massachusetts, which indulges you in an immersive world of video games as you trade your sweat beads while pedaling on a static bike. Working out can be such a drag. But all thanks to the VR technology, you can soon start exercising while feeling like playing a video game, rather than a heavy workout session.

Thank the gods and goddesses of technology based in Silicon Valley for bestowing us with the world of virtual reality. Time and again, everyone has been told to go outside, do some workout, or any physical activity, rather than lying on a couch like a potato. Now, they can finally do so without any hassle using augmented technology.

Virtual Reality bike VirZOOM aims to transform cycling on a static bike into an amazing experience. This latest virtual reality toy is for the users of Sony PlayStation VR, HTC Vive, and Oculus Rift. The handlebar’s ends of this Virtual Reality Bike VirZOOM are gaming controllers. It comes with a bike which can be folded easily and for the VR headset, it consists of additional movement tracking control panel over the handlebar. It also consists of sensors and vitals monitor to keep track of the users’ gestures and movements. The faster you cycle, the faster you progress in your VR game, while losing calories during the whole time.

The makers have designed the VR bike in such a way that it is easily compatible with VR headgears that are currently available like HTC Vive, Sony PlayStation VR, and Facebook’s Oculus Rift. Primarily, it will be exclusive to Oculus Rift headset, but versions are being developed currently to accommodate other gaming platforms as well, before its official release.

The VR bike is scheduled to be released in the first quarter of the year 2016, which means it will be released immediately after ‘Launch Window’ for Oculus Rift has been released. But you can easily pre-order on VirZOOM’s official website.

The VR unit that arrives in five sub-gaming unit will be available for $249.95 while making a pre-order will cost you $199.95 respectively, as a part of an early access special basis for first adopters.

The VR bike will also include VirZOOM Plus’ free subscription for a month, which provides users with every content regarding data tracking for fitness purpose, access to latest VR Games, online multi-player support system, latest contents for games, and so much more. If you decide to extend your subscription for VirZOOM Plus, it will only cost you $9.99 per month.
Those who are excited about this latest piece of technology don’t have to wait any longer. You can easily browse through the company website, check the information, and pre-order it now.