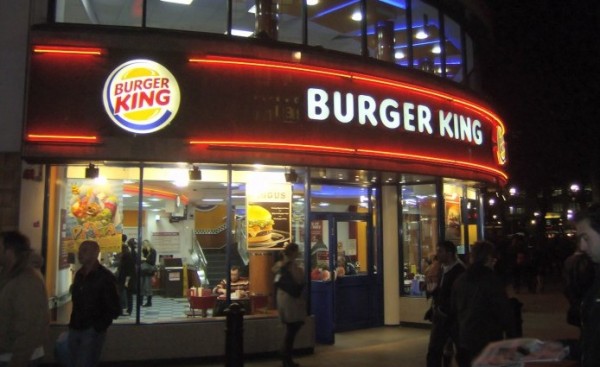 The Burger King, isn’t the same at all. Looks like the brick facade and mood lighting inside smacks more of casual dining. Burger King, actually doesn’t sound like “the Burger King”. Burger King is working hard with its blenders crafting made-to-order smoothies with real strawberry, banana and mango pieces. It doesn’t even taste like Burger King. Especially when one of its three new salads is topped with dried cranberries and tangy apple slices, and covered in an apple cider vinaigrette. Well, that’s not all. You can even buy made-to-order frappes at Burger King now.

Burger King is on a go with its crown off and its gloves on. Today is a big day for Burger King as it plans to reveal a future that’s decidedly less focused on young, hungry guys and more culturally directed towards moms, families and Boomers. Within a year, Burger King and its franchisees will spend about $750 million to fix the menu, revamp its marketing strategies, tweak operations and update the look of a chunk of its 7,204 U.S. stores.

Steve Wiborg, executive vice president and president of North American operations said, “This is the biggest change in scope in the history of the brand. It’s the chain’s largest investment in a one-year time frame”.

Too Little or Too Late for Burger King

Wiborg believes that everything is focused on getting to be No. 1. He said, “For us to set our sights on any other number is not something I signed up for”.

These have not been the best of times for Burger King. Its ownership and leadership have been in flux for decades, with 14 executives holding the CEO title in the past 25 years. Its newest, Brazilian Bernardo Hees, is a former railroad executive with no fast-food experience. He was tapped in September 2010, shortly after the global investment firm 3G Capital (whose backers are Brazilian) acquired Burger King and took it private. But not everyone thinks that the Miami-based burger chain can pull itself out of the swamp.

Ron Paul, president of Technomic said, “Perhaps, instead of broadening the menu, they should laser-focus on the Whopper. As a branded burger, the Whopper has more equity than the Big Mac. But Burger King ‘let the parade pass them by’ and now they’re just trying to catch up”.

There are three things that the Burger King is trying to fix: Menu, Marketing and Look. Maybe nothing is more important than for Burger King to quickly bring its menu up to speed with the rest of the fast-food industry. Burger King’s marketing is about to hold back something it turned its back on years ago: celebrities. Burger King will launch a series of food-focused commercials starring familiar celebrities including soccer star David Beckham and talk show host Jay Leno, both of whom recently showed up in Super Bowl spots for other marketers. While Burger King isn’t experiencing the same kind of A-Z redesign that McDonald’s is, it’s slowly making changes to its decor. Most Burger Kings will get digital menu boards that replace the slat-laden boards of the past. Chairs and tables will mostly be moveable, not cemented to the ground. Some new Burger Kings will even have some softer chairs that feel more like couches. And Burger King’s red and yellow color palate will be much more evident inside the store.

Neslon admitted that gasoline, travel, food courts, and business centers performed exceptionally well, adding to the overall profits. The retailer hit an all-time high when it came
5 hours ago

Musk has been critical of Twitter’s free speech policies as he believes the social media giant is “the de facto public town square.” When the Elon Musk Twitter deal was annou
5 hours ago