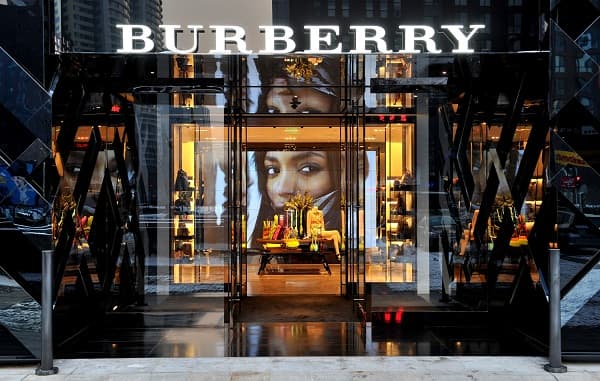 Burberry Group Plc, the U.K. largest luxury-goods maker, which had prospered in the last few years despite economic situation all over the world, has informed that this year’s profits will be disappointing just after big inauguration of its new high-tech, high-spec flagship store on London’s Regent Street. The Burberry’ full-year profit will be at the lower end of market expectations because sales growth slowed globally. Information resulted in sending Burberry’s shares down the most ever.

Bad Times Even for Burberry

Burberry’s officials had to admit that even for the company those times were not so good. And even though other companies are facing the same challenges, the economic situation had affected Burberry at last.

As it has been stated by Burberry’s officials, profit for the year through March will be at the lower end of analysts’ expectations.  Burberry’s full-year adjusted pretax profit is expected to stand between £407 million and £455 million, according to group’s officials. News regarding the profit is not the first in few month that struck Burberry’s shareholders. Just in July the group informed that sales slowed down as licensing revenue dropped.

Compiled data showed that sales at Burberry’s stores open at least one year were unchanged in the 10 weeks to the 8th of September, with a sharp decrease in recent weeks. As for retail sales, excluding currency shifts, it grew roughly 6 percent, compared with a 14 percent increase in the first quarter, according to the Burberry’s statement.  It has to be highlighted that the only growth came from new Burberry’s stores and sites, which contributed to the 6 percent growth in retail sales.

Angela Ahrendts, CEO at Burberry Group Plc, noted: “As we stated in July, the external environment is becoming more challenging … Given this background, we are tightly managing discretionary costs and taking appropriate actions to protect short term profitability, while continuing to execute on our proven five key strategies.”

Asia, and particularly China, has been a prime mover of the growth as usually the wealthy spend on expensive and luxurious goods. The recent economic slowdown in  China, however, resulted in analysts’ pessimistic forecasts on the end of the “luxury bubble”.

Even though Burberry Group Plc, which is known for its iconic trench coats and $22,384 handbags, did not specify region that had been most affected by the slowdown, one can predict that Chinese market would be among those regions. In addition, indicators show decreasing demand in Asia, which accounts for approximately 38 percent of Burberry’s revenue.

Complied data on China, which was published on Mondays, showed that exports increased only 2.7 percent on year, compared with a growth of approximately 20 percent previous year. Those numbers suggests that China is currently facing weak overseas economies, in particular in the eurozone.

Burberry Group Plc, however, is not the only one finding markets more difficult. L’Oreal, one of the most known cosmetics group, informed just last month that its growth in China slowed down in the second quarter, compared with the first quarter of the year. Both Richemont, the Swiss-based jeweler, and Hugo Boss also released data showing the decreasing Asian demand.