Most countries are aspiring to emulate from the Chinese government in their aggressive approach to erecting smart cities. A closer look suggests they have more to learn from the perfect-looking cities. Several reports, including submissions commissioned by the USSC, show that the technology has failed to improve people’s lives.

Cities of Future: Smart and wired or urban dystopias?

China is inarguably setting a pace when it comes to smart cities. Many governments troop into the nation every now and then to learn about its smart city models and technologies. A United States congressional committee earlier this year commissioned a report on the development of smart cities in China, focusing on whether those in the US are not as smart as the perfect-looking Chinese smart cities.

Australia is the latest nation to emulate from the Chinese smart city model. The nation’s smallest capital city Darwin this month completed a $10 million switching that welcomed over 900 smart LED lights, a network of 138 new CCTV cameras, parking sensors, environmental sensors, etc. Members of Darwin City council and Lord Mayor had to make multiple trips to China as efforts not to miss a strand of what smart means.

But what does it look like to live in smart cities? Smart cities are extremely digitally connected and managed using the latest technology. It should be difficult for residents in Xinjiang to properly reveal the true picture of life in smart cities, with most of them having spent their entire life in an extremely connected world. While Darwin’s Lord Mayor is still battling with privacy fears of ‘smart city conspiracy theorists’, request for submissions by the US-China Economic and Security Review Commission (USCC) showed that China’s smart cities have little life-improving impacts despite the hype.

China is intransigently on its toe to switch every corner. According to estimates from Deloitte and Chinese state media, China is housing 500 of the roughly 1,000 smart cities being built worldwide. And the government is planning to push public and private investment in smart cities up to $74 billion by the end of 2020.

While these futuristic plots are underway for good, it’s difficult to provide evidence on how the lives of the masses are being improved by this grand vision. Rather, it appears the government focused on improving surveillance of Chinese citizens through pervasive security services. The nation has spent more in the past 10 years on internal security and a little on its defense budget.

The security apparatus uses cloud computing and artificial intelligence along with a wide network of cameras, gait and facial recognition to track and identify most of the Chinese citizens: 1.34 billion people. Camera manufacturer Hikvision, telecoms equipment manufacturer Huawei and e-commerce group Alibaba are some of the domestic companies that have become big suppliers to the nation’s security services. China also takes business from American tech companies such as Cisco and IBM. 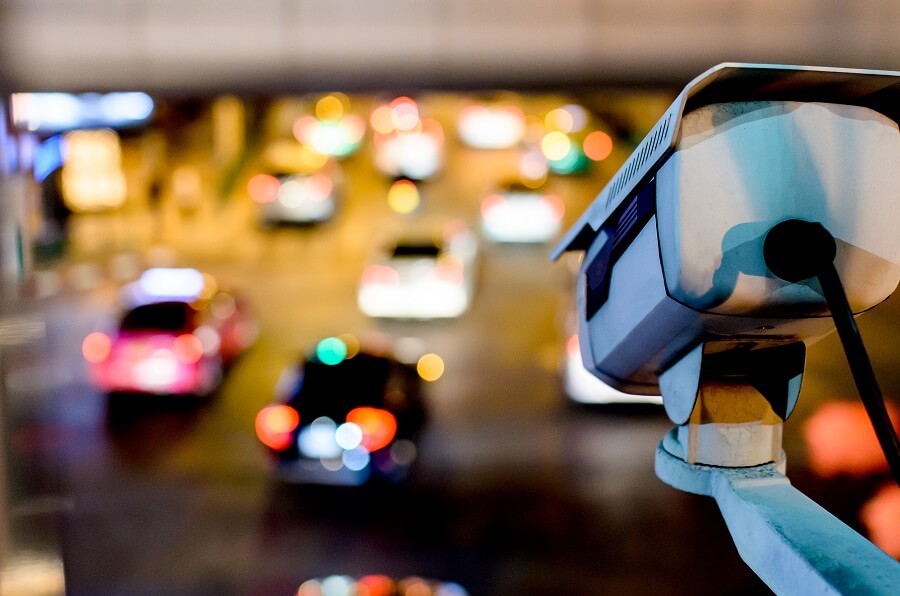 China has spent more in the past 10 years on internal security and a little on its defense budget.

An autonomous territory in northwest China, Xinjiang holds the flag of a Chinese modeled-smart city, clearly demonstrating what the world’s most populated nation has in mind. Every facet of the predominantly Muslim minority society is technologically enabled for strict policing, closely watched and tightly controlled. Aside from the pervasive cameras, the citizens are required to install security apps on their phones to enable authorities to track their movements and monitor what they look at. Citizens guilty of viewing contents not approved by the Communist Party would be assigned to one of the recently introduced gulags, where almost 2 million Muslims are currently counting days to redeem their freedom, according to U.S. State Department estimates.

Meanwhile, some advanced democratic nations, particularly in Europe are patronizing the Chinese suppliers of sophisticated surveillance and control technology, aside from the authoritarian states.

Strategic goals and implementation are crucial

The picture is a little confusing, at least outside of Xinjiang, because some of the deployed surveillance system can also be used in more benign ways to improve the lives of the masses. The cameras that capture license plates, for instance, can help authorities to better manage congestion by networking them to provide real-time data on traffic conditions. The surveillance system in the eastern city of Nanjing is used by the authorities to deploy doctors and electrical workers when there is a need, according to Huawei.

Facial recognition system is used to charge commuters in Yinchuan, a city in between Xinjiang and Beijing, for bus rides. Some neighborhoods are enabled with intelligent lockers so that packages can be delivered, while rubbish bins in some areas are wirelessly connected to signal authorities when they are full, reports Deloitte.

Inadequate technology implementation, unclear strategic goals, and poor execution models are some of the reasons why most smart cities fail to meet their goals or improve people’s lives, the report said.

Internal security is quite fundamental in protecting citizens from foreign attacks. But China’s smart city concept is the reason why citizens in Australia’s first smart city Darwin are crying out loud. Many nations eyeing to meet up with China’s aggressive approach in erecting smart cities will have to learn from reports such as the USCC’s submission request. There could be a lot to learn from Chinese smart city model aside from the dark side.

Anna Domanska
Anna Domanska is an Industry Leaders Magazine author possessing wide-range of knowledge for Business News. She is an avid reader and writer of Business and CEO Magazines and a rigorous follower of Business Leaders.
« Use of Drones in Healthcare has Great Promise both in the Developed and Developing world
Native Shoes Launches the World’s First 100% Plant-based Sneakers »
Leave a Comment
Close