Should we expect the emergence of a Big-Daddy market for mining in the near future? Because that’s what would happen if the London Stock Exchange and the TMX Group, the parent company of the Toronto Stock Exchange, are combined.

Late last night, the LSE confirmed an earlier report in The Daily Telegraph that it is planning to join forces with the Canadian owner of the Toronto Stock Exchange, the Montreal Exchange and the junion TSX Venture Exchange.

Trading in TMX Group, valued at C$2.97bn (£1.86bn), was suspended following the news. The LSE is valued at £2.4bn, based on last night’s closing share price of 892p and its shareholders will take just over 50pc of the group. 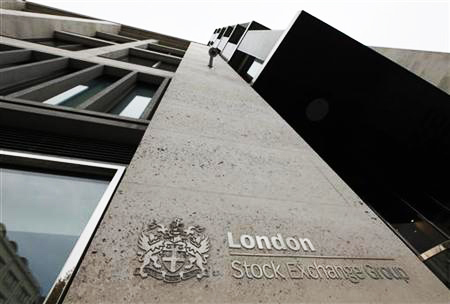 A Marriage of Convenience

Like other exchanges around the world, both Toronto and London face increasing competition from alternative trading systems. In January, SGX, the Singapore exchange, completed plans to buy its Australian counterpart ASX, another exchange heavily weighted with natural resource stocks, in a deal valued at $8.3 billion.

The increasing competitive pressures in the industry have seen the LSE lose footing to faster-paced rivals. This merger would create a global exchange where liquidity pools can be aggregated – bringing prices down. By sharing technology, the LSE and TMX would improve their competitive position against newer, faster entrants in an environment where scale and size determine success.

Toronto has historically been a favorite home of natural resource stocks. The new company would capitalize on this fact, and possibly become the biggest global exchange for mining and energy listings.

To quote the very apt statement made by Thomas S. Caldwell, the chairman of Caldwell Financial of Toronto, which is an investor in both exchanges, in this regard, the merged exchange would result in “the creation — really, truly and sincerely — of the biggest resource exchange.”

The ability to offer simultaneous listing in London, he said, would increase Toronto’s trading volumes. The biggest gain for London, Mr. Caldwell said, would be access to Toronto’s advanced trading technologies.

Mr. Caldwell said he expected the details of the merger to be “fleshed out” on Wednesday. As word of caution, he said another bid for the TMX Group from a third party might also be possible.

Overall, if the merger goes ahead, we could witness the creation of the world’s biggest stock exchange by number of companies. The combined company would also catapult the LSE-TMX group into fourth position above Nasdaq in terms of annual revenue as well as see it become the second biggest player for shares traded. 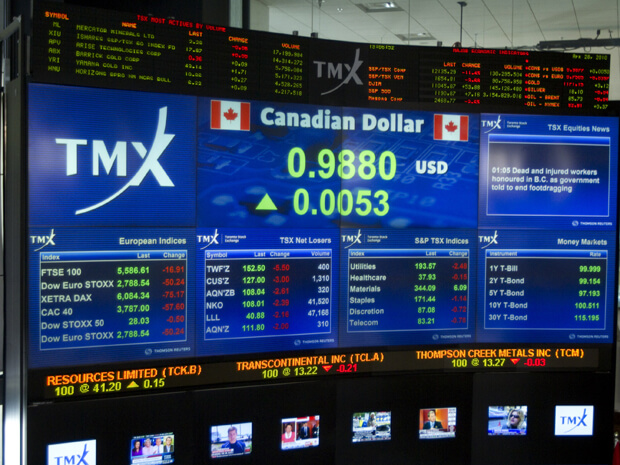 “It is currently contemplated that the executive management and senior leadership of the merged group will be drawn from a balance of leaders from both organizations,” the two exchanges said in nearly identical statements. “The merged group would be co-headquartered in London and Toronto and continue to be overseen by its existing regulatory authorities.”

LSE chief executive Xavier Rolet, who said he hoped “to surprise everyone in the coming years” when he took over from Dame Clara Furse, is expected to lead the enlarged company. His TMX counterpart, Thomas Kloet, is thought likely to become chairman, overseeing a boardroom with an equal mix of executives.

Hurdles in the Canadian Market

Any deal would probably face several political hurdles in Canada, where foreign takeovers related to natural resources have become delicate issues. In November, Canada’s federal government declined to approve a $38.6 billion bid from BHP Billiton of Australia for the Potash Corporation of Saskatchewan.

A preview of the coming political test for the proposed merger was provided in 2007 when the TSX Group, as the Toronto exchange’s parent was then known, bought the Montreal Exchange, which handles only derivatives. The transaction was controversial in Quebec and was sold to the public and politicians largely on the basis that the resulting larger exchange would not fall into foreign hands.

Because of that deal, securities regulators in Ontario and Quebec must now waive a rule that caps ownership of the TMX Group by any single entity at 10 percent.

The Canadian federal government will probably review the transaction under its Investment Canada Act, which was used to thwart the BHP Billiton bid for Potash.

Anna Domanska
Anna Domanska is an Industry Leaders Magazine author possessing wide-range of knowledge for Business News. She is an avid reader and writer of Business and CEO Magazines and a rigorous follower of Business Leaders.
« Fasten your Seatbelts… Supercar Bloodhound Goes into Production.
PetroChina to team up with Encana with $5.4 billion investment in Canada Gas »
Leave a Comment
Close