Buggatti, which hasn’t produced an electric car since 1931, is ready to get back on the playing field with the 2020 Baby II, an all-electric Bugatti Toy Car.

Automobile company Bugatti hasn’t produced an electric car since its last ultra-rare Type 56 in 1931. However, it is ready to get back on the field, with the automaker introducing Baby II. The Baby II is a 75% scale electric replica of Type 35 and is more like a functional “toy” car. The car is mostly aimed at children of wealthy families with its 1.3HP Novice mode and a 1.4kWh battery. It is, however, built large enough for adults to drive.

The base version of the ‘toy’ car is powered by a 5.8HP Expert mode with a top speed of 30MPH. There is also a unique speed key that boosts to a 2.8kWh battery to produce 13.4HP and top speed to 42MPH. 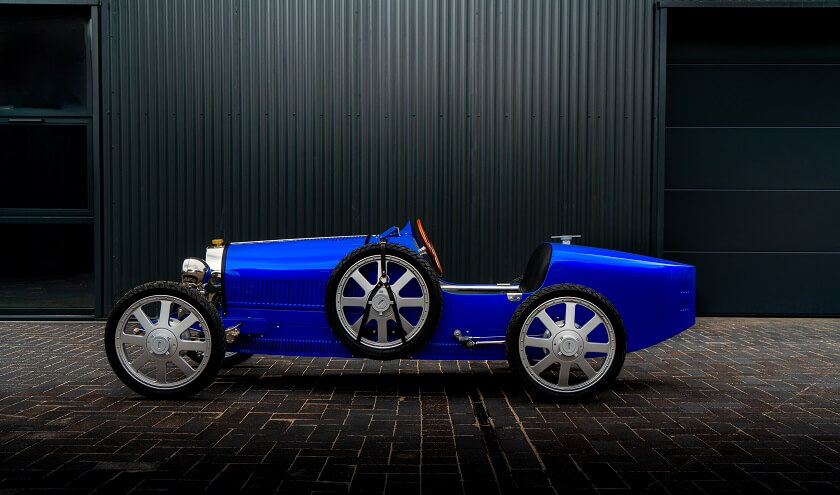 Automobiles Ettore Bugatti was a reputed French car manufacturer that designs and produces high-performance automobiles. It was founded in the year 1909 in Mosheim, Alsace, by Italian-born industrial designer Ettore Bugatti. The Bugatti cars were famous for their exquisite design and beauty and for achieving innumerable race victories.

The famous Bugatti cars include the Type 35 Grand Prix cars, the Type 41 “Royale,” the Type 57 “Atlantic,” and the Type 55 sports car. In 1987, the brand was purchased by an Italian entrepreneur and was revived as a builder of limited production exclusive sports cars. After that, in 1998, the Volkswagen Group purchased the rights to the Bugatti marque and formed a subsidiary based back in Molsheim, Alsace.

Electric vehicles are vehicles that run on electric motors or traction motors. An electric vehicle, also known as EV, may be powered through a collector module through electricity from off-vehicle sources or self-contained with batteries, solar panels, fuel cells, or an electric generator that converts fuel to efficient electric power. The electric vehicles include road and rail vehicles, surface vehicles, underwater vessels, electric aircraft, and electric spacecraft.

EVs were first introduced in the mid-19th century when electricity was a preferred method of propelling motor vehicles. This provided ease of operating the vehicle and comfort to the driver. The term EV is commonly used to refer to an electric car. EV saw an emergence and great prominence in the 21st century due to technological developments, and an increase in opting for renewable energy.

There has been a great deal of demand for electric vehicles with automobile engineers developing EVs rapidly from then on. The EVs are expected to increase from a meager 2% of the global share in 2016 to 22% by 2030.

Christy Gren
Christy Gren is an Industry Specialist Reporter at Industry Leaders Magazine she enjoys writing about Unicorns, Silicon Valley, Startups, Business Leaders and Innovators. Her articles provide an insight about the Power Players in the field of Technology, Auto, Manufacturing, and F&B.
« Cybertruck can be heated to spectrum of colors
Art and Artists: The One Color Explosion that Sold for a Fortune »
Leave a Comment
Close

Auto Industry Leaders push EV plans ahead to raise new outcomes by 2030. Environmentalists also add to the bar by shaking things with vehicle emission rules by 2026.
3 hours ago