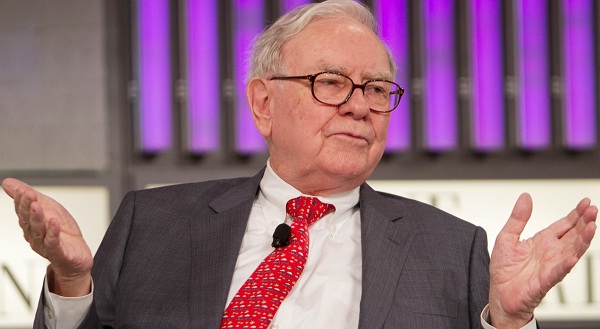 After waiting for an attractive potential haul, Warren Buffet must be satisfied with the latest acquisition agreement which was announced on the 29th of May. Warren Buffett’s MidAmerican Energy Holdings Co. is to spend whooping $5.6 billion in cash for NV Energy which is the Nevada’s company, aiming to strengthen its position in the state. Analysts are convinced that this deal might be a start of a string of acquisitions in the sector.

At last on the 29th of May, the Berkshire Hathaway Inc.’s subsidiary, MidAmerican Energy Holdings Co., informed that it would acquire NV Energy Inc. for as much as $5.6 billion in cash as the company had been searching ways to bolster its position in the market. As it was underlined, the agreement had been already been given blessing by both companies’ boards, but still it would have to get the nod from NV Energy’s shareholders, not to mention state and federal bodies. The NV Energy acquisition, which will be the biggest in company’s history, is due to be finalized in the first three months of 2014.

Under the terms of the acquisition contract, MidAmerican Energy Holdings Co. will pay around $23.75 per NV Energy’s share in cash, compared to the closing price of $19.25 on the 29th of May. Commenting on the deal, Michael Yackira, chief executive officer at NV Energy, underlined: “While we will have new owners, NV Energy will remain a Nevada company, committed to the communities we serve, and our customers will continue to receive the safe and reliable service they have come to expect from our dedicated team of employees. This transaction will deliver important additional, long-term benefits to our customers and communities, as well as significant value to our shareholders.”

Also Warren Buffet, chief executive officer at Berkshire Hathaway Inc., has expressed satisfaction over the deal as NV Energy presents not only parallel values, but it has a fantastic management crew as well. In addition, NV Energy will make the most of the acquisition as it will have access to a wider base of operational and financial assets.

But the fact is that with the NV Energy acquisition, MidAmerican Energy Holdings Co. will bolster its position in the market as its customer base will climb to around 8.4 million.

Warren Buffett had been looking for attractive loot and then NV Energy emerged as one. Not surprisingly, the Buffett’s empire is searching interesting investments as it gathered $49 billion as of the 31st of March, 2013. The acquisition is expected to be profitable due to the potential of economic growth in the state of Nevada.

Analysts note that the deal was not very much surprising as MidAmerican Energy Holdings Co. had been investing in renewable energy, thus the NV Energy acquisition makes a lot of sense.

As for Berkshire Hathaway Inc. itself, the acquisition spree is indeed fruitful as the company went in partnership with 3G Capital to buy iconic Heinz for staggering $28 billion, not to mention the $2bn purchase of  International Metalworking Cos.