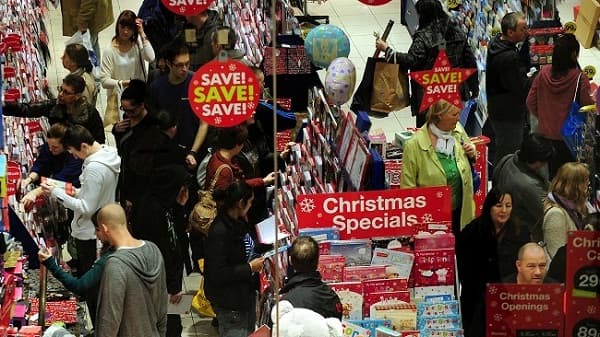 2012 Christmas was marked by growing economic concerns of Britons. Uncertain economic conditions affected U.K. customers’ shopping spree during this holiday season. According to a survey conducted by consumer’s association Which?, nearly half of U.K. customers drastically cut back on 2012 Christmas spending and made credit purchases.

The findings of research, which surveyed roughly 2,100 people across the Great Britain, showed that nine out of ten admitted that they were pressured to spend too much during the 2012 holiday shopping season. What is more, as much as 36 percent used their savings to make necessary purchases. Approximately 46 percent of respondents chose to use credit cards, overdrafts as well as other kind of borrowing to paid for their 2012 Christmas purchases.

In addition, the survey showed that more than 20 percent would not have been able to afford 2012 Christmas spending without some kind of borrowing. Consumer’s association Which? also found out that those who borrow money ran debts of slightly over £300, while people who decided to dip into savings took as much as £380.

It is not surprising that roughly 61 percent of respondents said that 2012 Christmas was financially tougher than last year taking into consideration all the aforementioned findings of the survey. Despite tougher economic conditions, as much as 75 percent underlined that having less money would not prevent them from enjoying 2012 Christmas. Richard Lloyd, executive director at Which?, explained those unexpected findings, stating: “Most of us like to splash out on family and friends at this time of year so the news that millions of people have drastically cut back on Christmas spending or taken out loans to cover Christmas costs shows just how squeezed household budgets are right now. It also shows how far we are from a consumer spending-led economic recovery.”

Even though the survey showed that people were forced to borrow or dip into savings to enjoy 2012 Christmas as economic conditions were tougher than last year, the U.K. retail industry said that the holiday season sales were acceptable. In addition, they industry expects that sales might be a little higher than in 2011 after the disappointing Christmas sales figures in November. Yet the industry is still waiting for data on the 2012 Christmas shopping season.

U.K. customers are more and more concerned about rising bills and growing food costs, not to mention the problem of job insecurity. Therefore, many Britons claim that household budgets might be even more squeezed in the coming year as the economy has just shown weak signals of economic recovery. All these concerns led to a decrease in consumer confidence in December, following an improvement in consumers purchasing power for the most of 2012.

The latest report of financial information services company Markit showed that approximately 75 percent of U.K. households were convinced that their finances would either be in worse state or stagnate in the coming year. The same survey, which was issued on the 24th of December, indicated that slightly over 30 percent of respondents admitted that their spending decreased in the month of December, while just 8 percent saw an increase in them.

Anna Domanska
Anna Domanska is an Industry Leaders Magazine author possessing wide-range of knowledge for Business News. She is an avid reader and writer of Business and CEO Magazines and a rigorous follower of Business Leaders.
« Scotch whisky enters “second golden era”
France isn’t in Champagne mood as sales were hit by economic concerns »
Leave a Comment
Close