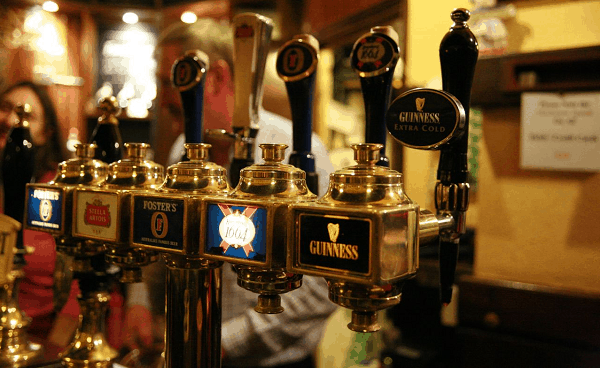 The UK sees an increasing rate of pub closures

As many as 18 pubs are closing in Britain every week. Increasing costs of beer, high taxes and cheap supermarkets deals force owners to shut down their businesses, according to the Campaign for Real Ale (CAMRA).  British industry leaders, including the British Beer and Pub Association, call for action as data on the rate of pub closures is unsetting.

Earlier this year, the rate of pub closures had reached 12 per week; however the newest figures showed a significant increase. Since spring the rate of pub closures in Britain has grown by six per week, to 18. According to data released by the Campaign for Real Ale (CAMRA), as many as 450 pubs across the UK have closed in the period between March and September.

Pub closures in Britain have been mainly caused by higher beer prices due to the ‘beer duty escalator’ introduced by the Government.  But the recession as well as low alcohol prices in supermarkets chains also played their role in the rising rate of pub closures.

Because of the beer duty escalator, which was implemented back in 2008, beer duty is automatically increased by 2 percent above inflation every year.   Compiled data shows that the cost of a pint of larger has grown from £2.57 in 2007 to £3.09 to date and the cost a pint of ale has grown £2.34 to £2.91 in the same period. British pubs sell 34 percent less beer than six years ago, according to figures.

Since the introduction of the beer duty escalator almost 6,000 pubs have closed to date. Currently less than 58,000 pubs, which are certainly the traditional foundation of British communities, remain open in Britain. UK beer sales slumped by as much as 5.6 percent between July and September, according to data released by the British Beer and Pub Association.

The increase in pub closures in not only alarming, but it calls for urgent action by the Government as well. Mike Benner, chief executive officer at the Campaign for Real Ale (CAMRA), noted: “As today’s pub closure figures show, the future of Britain’s valued community pubs remains in jeopardy. With pubs finding it ever harder to maintain consistent footfall at a time when prices are ever-increasing, it is only hoped that Parliament will today take the first steps by voting to review punitive taxation policies on Britain’s national drink.”

In addition, approximately 100,000 people have signed a petition against the beer duty escalator, which is considered the main cause of problems faced by British pubs. Actions taken by common people and industry leaders forced a debate among MPs. A parliamentary debate on the beer duty escalator is due to take place on the 1st of November.

The debate is not only about the price of beer, but about the future of British pubs and risks which the industry has been facing for the last couple of years, including the rising unemployment in the sector. According to Oxford Economics’ research, approximately 10,000 jobs could be saved in the industry if duty increases are put off in the next two years.