British Gas posts profits in the first half. 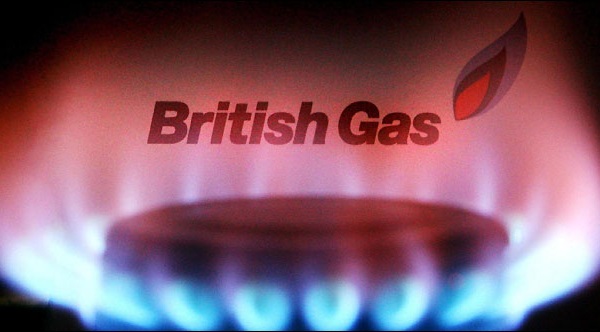 British Gas Residential owned by Centrica has approximately 15.8 million energy accounts in the UK. As British Gas made it clear in the statement, strong results of the company were boosted by cooler than usual weather between April and June. But British Gas, which is the UK’s biggest energy supplier, benefited from the higher prices as well. Although British Gas had dropped its prices by 5percent in January, however in August 2011 electricity prices had risen 16 percent and the increase was not cancelled by the company. At the same time gas bills increased 18 percent. Moreover the financial results are said to be higher because of weak records from a year ago, when British Gas had a delay in passing on the information about price rises. The delay cost a pretty penny, because British Gas had to supply at a loss. Richard Hall, head of energy regulation at Consumer Focus, noted:  “Wholesale prices rose a little earlier in the year but are now falling and they are still a long way from their peak in 2008”.

According to the statement made by Centrica chief Sam Laidlaw, the company group achieved much despite “challenging market conditions”. In addition, he stated that the increase in profits “must be placed in the context of unusually low levels of consumption and profits in the UK in the first half of 2011”. Accordingly, the total gas consumption in UK increased 3.5percent, while revenues went up by 21 percent to £3.2bn.  In turn, electricity consumption dropped by 0.1 percent, while revenues increased by 10 percent to £1.6 billion.

British Gas made a £1.9 million profit per day, while consumers have some problems to deal after the average dual fuel bill increased to £1,310 a year, which is approximately £200 more than in 2010. All of the aforementioned numbers could be a trigger of consumers’ rage. Mike O’Connor, the chief executive of Consumer Focus, summed up the possible outbreak of fury, by saying: “You’re making £2m every day of the week; I think it’s about time you gave consumers a break.” In a similar vein Audrey Gallacher, director of energy at Consumer Focus and at the same time Mike O’Connor’s colleague, had her say by stating: “Our economy needs profitable companies, but energy is an essential service we all need to heat our homes and keep the lights on. So customers need to know they are being charged a fair price through a competitive and transparent market. Customers need guarantees that falls in wholesale prices will be passed on as fairly and quickly as rises in wholesale prices. They also need commitments from British Gas in the light of these profit figures that there will be no customer price rises this year.”

Centrica has pronounced that it is to invest in UK gas field alongside with GDF Suez. Companies have in plans developing a major North Sea gas field. The investment will create up to 4,000 new workplaces. In addition, the investment is valued at £1.4 billion. New gas fields are said to be the largest gas discovery in last 25 years. At the same time Centrica announced that it would have to take everything into consideration while deciding about the future of gas-fired plants at Peterborough and Roosecote in Cumbria.

Anna Domanska
Anna Domanska is an Industry Leaders Magazine author possessing wide-range of knowledge for Business News. She is an avid reader and writer of Business and CEO Magazines and a rigorous follower of Business Leaders.
« Molson Coors slumps 53% as new unit disappoints
Gas assets of UK to be bought by Li Ka-shing of Hong Kong »
Leave a Comment
Close