Hershey plans to further drive into in Snacks Business 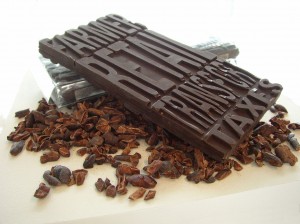 According to data released by the Fairtrade Foundation, sales of bananas, chocolate, coffee and other products under its banner had climbed from £836m in 2009 to £1.17bn in 2010.

Fairtrade, a practice that aims to support farmers and workers in the developing world by paying at least market prices for their produce, will be further marketed through Fairtrade Fortnight, a series of events organized by the Fairtrade Foundation across Britain.

The foundation’s executive director, Harriet Lamb, said sales could break £2bn next year if the momentum continues. “Fairtrade is going from strength to strength because the public want it, it makes business sense, and most importantly because it’s working for the millions of farmers, workers and their families who see Fairtrade as their lifeline in these tough times. They’ll be cheering to know that UK shoppers and businesses still care.” She said. 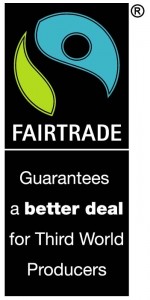 Launching the Fairtrade Fortnight event, the Fairtrade Foundation said that on a daily basis, British buyers are now responsible for consuming 9.3m cups of tea and 3.1m bananas stamped with its ethical mark.

The growth is set to continue, with the Co-op’s announcement of increased Fairtrade goods, Waitrose converting its own label tea and several products in the Duchy Originals range, Topshop launching a new range of Fairtrade cotton denim and Marks & Spencer introducing a new Fairtrade cotton range.

The spice and herb company Schwartz will announce the launch later this year of four new Fairtrade herbs, Aldi launches its first Fairtrade product range, including bananas, coffee, tea and chocolate, and Sainsbury’s is launching a new coffee for Comic Relief from the Democratic Republic of Congo, aimed at helping farmers in a conflict-ridden land.

However, seems like it was chocolate-lovers who really made the shift to fair-trade goods, with sales of fair-trade chocolate quadrupling in 2010!

An extra 2.3million Fairtrade bars were sold in 2010 as big-name brands including Nestlé and Cadbury embraced ethical selling in the UK. Chocolate sales raked in an estimated £342million at the till – making it the leading Fairtrade product in the UK – while drinking chocolate sales, not too far behind, trebled to £34million.

Fairtrade sales in Britain have also been boosted by the backing of big retailers. Sainsbury’s, the world’s largest Fairtrade retailer, hopes to nearly double sales to £500m by 2015 while the Co-operative Group is increasing the number of Fairtrade product lines as part of a three-year ethical strategy.

The news comes as budget supermarket chain Aldi today unveil their first ever Fairtrade range, including bananas, coffee, tea and chocolate, ahead of Fairtrade Fortnight which begins this week.

“We have seen a substantial increase in Fairtrade sales and that’s surprising I guess because in a recession you think people are more concerned about price,” said Peter Marks, Co-op chief executive. “But we have found our customers in The Co-operative are more concerned with ethics.”