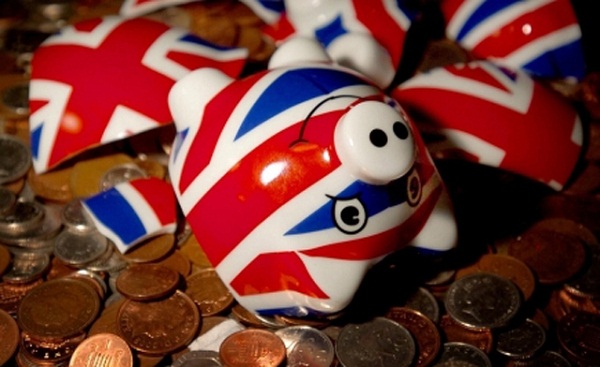 Britain was able to rebound strongly from the grip of British economic recession in the third financial quarter and managed to post its strongest GDP growth for the quarter in a period of five years. An analysis of official data on the 25th of October showed that the strong Olympics spending was in part responsible for the boost in the British economy.

The boost in the British economy was subject to several temporary factors, counting the strong Olympics spending, which may hide a weaker overall scenario. But the financial situation of the country is still far better than what was expected and may indicate that the full economy of Britain for the year 2012 will not be bogged down by British economic recession.

According to the Office for National Statistics, Gross Domestic Product of Britain increased by 1.0 percent in the months between July and September, exceeding forecasts of a 0.6 percent rise, after falling by 0.4 percent from April to June. Overall, the financial situation was flat, also much better than seemed possible.

Following three consecutive financial quarters of contraction, news of the boost in the British economy was welcomed by the coalition government which was under a great deal of pressure to carry out further action to improve the condition of the economy.

However, the boost in the British economy for the third quarter was the result of ticket sales for the London Olympics, leading to strong Olympics spending, which as per the office of statistics was believed to account for almost a fifth of the increase in the quarter. An extra public during the second quarter also resulted in the rebound from the clutches of British economic recession. The output from the service sector of Britain was, however, higher, increasing by 1.3 percent in the third quarter.

Apart from these one-off impacts, economists consider the growth in UK economy to be weak and think that the going-ons in the eurozone would affect as a drag in the near future.

Future State of the British Economy

Economists consider the current numbers to be very good yet understandable, noting the boost from strong Olympics spending and the estimated half percentage point boost from the hit taken by the extra holiday this June. Some are of the opinion that now there is a good chance that the economy will not really face contraction on average for the duration of the year 2012. It is most likely going to be flat and, as far as monetary policy goes, it will reinforce the case for the Bank of England to put a check on quantitative easing.

The sterling currency achieved a one-week high compared to the dollar and the bond of the British government showed losses following the release of the data.

The figures are said to vindicate the economic policies of the government following the drop in inflation and unemployment only the week before. It may take a long whole but the figures indicate that the British government is on the right track to eradicate the impact of British economic recession. The weak stream of data from the eurozone serves as a constant reminder of the fact that they may still have to confront economic challenges both on the home front as well as abroad.