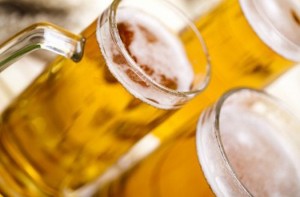 Amid fresh speculation of being in line of fire for a takeover bid, Foster’s shares surged 4% yesterday with London beverage giant and world’s second biggest beer company, SABMiller, having overcome key obstacles for a potential takeover bid for the local Australian brewing giant.

It is believed that SABMiller was previously prevented from putting in an offer for Foster’s until it had given its Australian business partner, CCA (Coca-Cola Amatil), first right of refusal to be a part of the deal.

Reports of a takeover by SAB urged Foster’s shares higher yesterday leading to a 4% higher close at $5.72.

As with all beverage companies, poor weather conditions have thrashed down Foster’s share prices over the past few months, pushing it to a low of $5.50, after trading at $6.38 in September, and in the past few days a number of analysts have cut their earnings forecasts for this year. Extreme wet and cool weather along the eastern coast has spelled bad news for CUB, prompting Merrill Lynch analyst David Errington to slash his 2011 net profit guidance from $825m to $710m for 2011.

Foster’s has been at the centre of takeover speculation since May when it announced plans to investigate demerging its Carlton & United Breweries beer division from its Treasury Wine Estates business. Reportedly, the Foster’s board is likely to give the official nod sometime mid-February for this split of its wine and beer operations.

The renewed speculation that Foster’s could soon be in play comes four months after the company turned down a $2 billion offer for its wine business from private equity firm Cerberus in September. 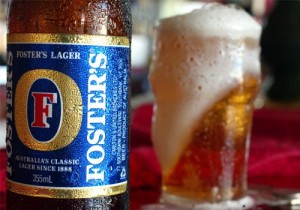 The SAB beer juggernaut entered the Australian market in 2006 when it formed Pacific Beverages with CCA to market, sell and distribute brands including Peroni, Pilsner Urquell, Miller and later Grolsch, as well as the portfolio of global premium spirits distributor Maxxium.

And while it has lifted its ambitions with the purchase of Bluetongue Brewery and the construction of a $120 million brewery in NSW, organic growth has been small.

While its current presence in the Australian beer market through its Pacific Beverages joint venture involves distributing SABMiller’s international beer stable – including Peroni, Grolsch and Blue Tongue – in the Australian market, the English beer giant is understood to have spent the past few months working with lawyers to solve some legal and commercial problems relating to its joint venture with CCA that have to date prevented it from making a lone bid for Foster’s.

Those obstacles are now understood to have been sorted out, leaving SAB with the option to bid for Foster’s.

CCA released a statement saying “we do not comment on market speculation, however we wish to make clear that there have been no changes to the joint venture arrangements nor to CCA’s interests within the joint venture”.

Two tweets were posted using NFT artist Beeple’s account. The first one promoted an exclusive collection with Louis Vuitton. The second tweet announced that Beeple would soon rel
25 mins ago