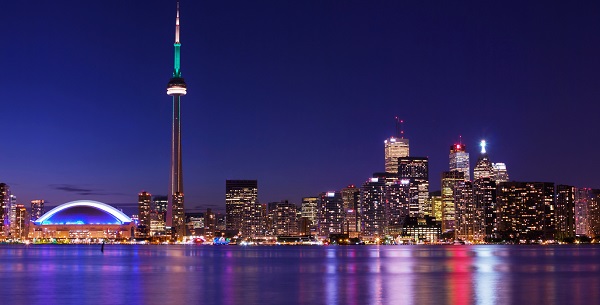 “Toronto is a big, sophisticated city and multi-ethnic, and

Canada glories in many titles. Similar to Canada, Toronto is frequently and constantly ranked at the top of rankings. In some rankings, the country was ranked as one of the best places to do business. But also cities of Canada are also acknowledged by different institutions and associations. There is no doubt that Toronto, which is the provincial capital of Ontario and happens to be the biggest city in Canada, is the better business destination and simply a place to do business.

But the fact is that the strong position of the city is actively backed by improvements implemented by the federal government. Indeed,  reforms of tax system, a lack of omnipresent bureaucracy and the strong banking system make Canada and its cities attractive to businesses.

The fact is that its competitiveness and innovation are much valued and appreciated. It is commonly underlined that Toronto as the better business destination offers incredible strengths, not to mention that the city simply lures businesses with its probusiness environment.

The increasing significance of Toronto as the better business destination is also confirmed by its positions in many rankings, including the 3rd position in the 2012 PwC Cities of Opportunities Study, the 7th position of 53 global financial centers in the 2012 Banker magazine, and  the 10th position of 77 cities in the Global Financial Centers Index (GFCI).

Toronto – The City of Possibilities

Toronto, the better business destination, is attractive to companies as its reasonably priced housing and relatively low office costs, compared to London or Hong Kong, a high quality of living are just irresistible. The annual “Cities of Opportunities report conducted by PricewaterhouseCoopers placed Toronto just behind famous New York and above legends such as London or Paris.

Indeed, Toronto can glory in high levels of achievements in categories such as security, human capital, competitiveness and innovation.

But Toronto as the City of Possibilities has much more to offer than all aforementioned  strengths as it also trots out when it comes to sustainability and cost of doing business. Therefore it is not an exaggeration to say that Toronto is the better business destination and a place to do business, but it also has some weaknesses like lacking infrastructure, which is however under continuous construction, currency strength, etc.

The position of Toronto as the better business destination and a place to do business has been confirmed by numerous rankings. For example, according to Fast Company, Toronto is ranked as seventh among 10 North American cities which visibly stand out in categories such as economy, environment, governance, mobility, etc. As it has been underlined in a justification all of top ten cities “push the envelope of technology, sustainability, and better living conditions”.

Also Toronto has been strongly appreciated by PriceWaterhouseCoopers and the Partnership for New York City in their renowned survey – Cities of Opportunities. It was ranked as the third City of Opportunities in the 2012 survey as it demonstrated immense stability in many categories. But that is not all as Toronto was also acknowledged by other rankings and surveys, including KPMG’s 2012 Comparative Alternative study and 2012 Global Financial Centers Index.

The first ranked Toronto as the world’s second most business competitive city, while the latter found that the capital of Ontario was the world’s 10th financial center leader. It was underlined in a justification of the ranking that: “Toronto offers a breadth of financial services activity that makes it the third largest financial services centre in all of North America.” Furthermore, Toronto is also one of the tech hubs. Its strong reputation in this technological sector was confirmed by a survey by Startup Genome which ranked Toronto as the 4th top tech hub.

The fact is that Toronto can glory in almost countless strengths. The first and the most important thing is that Canada and Toronto have not been so much affected by the financial crisis compared to the US and its cities, not to mention the European Union. Indeed, the highly regulated banking system stabilized the situation in Canada, thereby strengthening the position of Toronto as the better business destination and a place to do business.

Indeed, Toronto has numerous strong points. Eva Pyatt, director of business services, City of Toronto Economic Development, Culture and Tourism, underlined: “The strength of Toronto is that we have such a diversified economy.” Without a doubt, the good economic conditions of Toronto are much encouraging for big corporations and entrepreneurs.

Entrepreneurs are much backed by all initiatives introduced by the city, including resource conservation and efficiency programmes. Indeed, Toronto also endorses businesses with many funds ands initiatives. Therefore it is not surprising that entrepreneurs very much appreciate the support of the city.

It may come as no surprise that Toronto, the better business destination and a place to do business, lures businesses with its highly qualified workers. The city can glory in a very high percentage of highly educated people as nearly 65 percent of Toronto’s inhabitants have a post-secondary degree.

The city also takes pride in the fact that is the headquarters for the Canada’s banking industry. Even though there are fewer banks than in the United States, which is considered to be the Canada’s sibling, the banking sector is indeed one of the biggest strength of it as financial institutions are highly regulated, thereby making it safer. And despite the fact that it is hard to get a support of venture capitalists (some consider it a weakness), well-balanced strategic investing makes the Toronto and Canada’s economy more resilient.

Certainly, despite the fact that the Toronto’s infrastructure is considered to be still imperfect compared to other cities, it remains a relatively strong point of the Ontario’s capital, and makes it the better business destination and a place to do business. Also the closeness to the United States makes Toronto so attractive to businesses which specialize in exporting.

However, analysts note that the biggest disadvantage of Toronto is the fact that it does not trot out its strengths. Well, John Kenneth Galbraith was right saying: “Modesty is a vastly overrated virtue.”

Toronto, the better business destination and a place to business, is simply a paradise for tech startups. According to a survey conducted by a California-based  research organization, Toronto was ranked as fourth best place for startups  just behind giants, including Silicon Valley, New York and London, and this title will certainly help the city to get more attention. In parallel, Toronto was ranked as the second in the ranking of The 10 most innovative cities in the world survey by the Australia-based consultancy.

Indeed, its openness, competitiveness and startup-friendly conditions make Toronto a paradise for tech companies as there are even fewer barriers for a business than in Silicon Valley. Toronto offers the business spirit which lures people to set up their companies there.

Without a doubt, Toronto welcomes business. There is no question that Toronto is the better business destination and a place to do business. It can glory in its competitiveness and innovation, human capital, not to mention multi-sector strength.  The Toronto’s authorities are focused on development of the city as they aim to create an even more attractive business and investment environment.

It is not surprising that Toronto is chosen by so many companies as the city really offers specific conditions for a continued progress.

Anna Domanska
Anna Domanska is an Industry Leaders Magazine author possessing wide-range of knowledge for Business News. She is an avid reader and writer of Business and CEO Magazines and a rigorous follower of Business Leaders.
« Green – the color of the future. Big Green Initiatives
Yahoo steps on the social media bandwagon with Tumblr buy-out »
Leave a Comment
Close