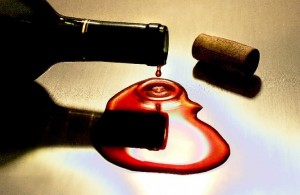 Not everyone’s rejoicing about the possibility of wine cellars overflowing.

Wine-growers in New Zealand, reported the country’s industry body,  are worried that the 300,000 metric tons of grapes this year – 13 percent higher than targeted – will harm profits.

A High Beyond Expectations

The expected harvest for this year being around than 265,000 tons, reaching the 300,000 metric tons mark would’ve been expected as plants matured and yielded more fruit, New Zealand Winegrowers Chief Executive Officer Philip Gregan was reported as having said.

Economists at Rabobank International have attributed this higher than expected quality and quantity of fruit yields to better growing conditions in New Zealand this season.

The industry body last year advised growers to limit the 2011 vintage to 265,000 tons. That’s the second year Winegrowers encouraged the industry to curb output after the global recession cut wine demand and bumper grape harvests in 2008 and 2009 boosted production, producing a glut.

A record 2009 harvest in addition to a similar crop in 2008 left the industry with an oversupply of wine as the international economic crisis hit. 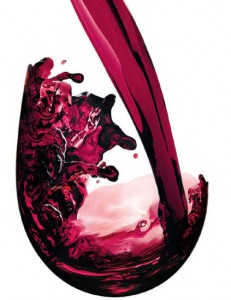 The likely effect of this year’s bumper harvest on profit margins was outlined by Paul Munro, a Christchurch-based corporate finance partner at Deloitte Touche Tohmatsu Ltd., when he said in a statement that, “If there’s continued excess supply, it’s going to put more downward pressure on prices and delay the recovery of the industry further”.

The Threat of Unbranded Bulk selling

The kiwi dollar appreciated in November to its highest level since 2008 against its U.S. counterpart, and has gained 11 percent in the last year. A strong New Zealand dollar in key markets, including the U.K. and U.S., and increasing sales of cheaper, bulk wine has added to the fall in wineries’ profits, Gregan said in an earlier interview.

Given the threat posed by the sale of unbranded, bulk wine towards undermining the reputation of the country’s fine-wine industry, Winegrowers is seeking to restrain harvests partly to protect New Zealand’s global reputation for premium wine.

“One of our driving motivations is to protect the positioning and enhance the positioning of New Zealand wine over the medium to long term,” Gregan said in a statement. “Reputation is what the industry is marketing and selling.”

“A number of wineries were looking to sell the wine as bulk wine rather than incur the costs of bottling the wine, labeling the wine, putting it in cases and trying to sell it,” Deloitte Touche Tohmatsu’s Munro said.