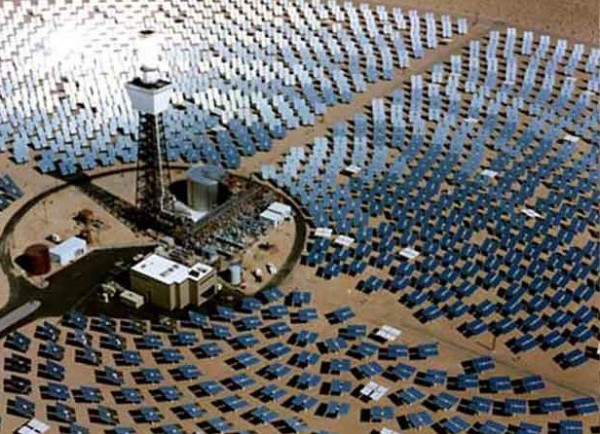 BrightSource Energy Inc., a California solar-power developer, plans to go public, in spite of an unenthusiastic market for solar companies and an uncertain outlook for renewable-energy firms. A 392-megawatt solar-thermal power plant is being built by BrightSource in the California desert and BrightSource also plans to build several similar facilities in the U.S. Southwest. BrightSource has plans to offer 6.9 million shares at $21 to $23 apiece, in hopes of raising as much as $182.5 million, according to a regulatory filing in March.

The shares would be listed on the Nasdaq Stock Market under the BRSE, with pricing scheduled for Wednesday after the markets close. It is only after that that BrightSource Energy after which trading would start Thursday. BrightSource Energy has promises from backers to build a solar electric generating system in the Mojave Desert.

The Solar-thermal technology of BrightSource Energy uses fields of mirrors, called heliostats, to concentrate sunlight onto a central boiler that produces steam, unlike the solar panels that use a semiconductor material to convert sunlight into electricity. The steam is then used to make power turbines generate electricity and also can be used for other industrial applications, such as enhanced oil recovery.

A few IPO market watchers say that the debut of BrightSource Energy could suffer from a lack of investor interest as the stocks of solar-power company hits fresh lows in midst of uncertainty about U.S. renewable-energy policy. The Solyndra controversy still remains fresh in some people’s minds. Meanwhile, companies that make solar panels used in power generation have been hurt by lower panel prices. That has effected in negative feeling extending to all manner of solar companies, including power firms. Many of the power firms actually have been benefited from cheaper panels.

BrightSource Energy has also been a federal-loan recipient, accepting about $868 million so far. $528 million was received by a solar energy firm Solyndra LLC, in U.S. government loans from the U.S. Energy Department before it filed for bankruptcy protection last September, raising questions over whether the department rushed to approve alternative-energy loans. The Solyndra bankruptcy also raised concerns about the viability of renewable-energy companies not yet operating at commercial scale, particularly in the solar market.

Scott Sweet, senior managing partner of IPO market-research firm IPO Boutique, “These types of companies are very much out of vogue. There is very little buzz about BrightSource Energy, which means very little demand, and one can certainly attribute that to its competitors and the market for those companies”.

BrightSource also generated revenue of $159.1 million in 2011, up from $13.5 million in 2010. It had booked net losses of $111 million and $71.6 million in each of those years, respectively. BrightSource has never been profitable, although the company has predicted that its 2,400-megawatt pipeline of solar projects could generate $4 billion of revenue when all the plants are built and sold.